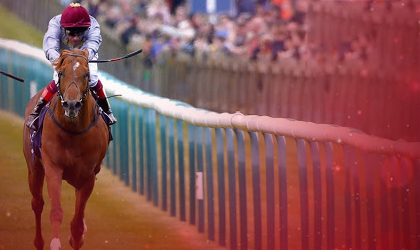 The 2,000 Guineas is the first of the Classics run in England each year. The race takes place at Newmarket Racecourse on a Saturday in early April, and is generally the first major race that Britain’s top 3-year-old thoroughbred colts will compete in each season.

The competitors in the 2,000 Guineas run over the distance of a mile on a turf track. Although this is usually a 1 furlong step up for participating colts, it is generally considered to be an intermediate distance. Horses competing in the 2,000 Guineas will usually run over similar distances for the remainder of their 3-year-old season.

While the 2,000 Guineas opens the Classics, it is one of the more recent additions to this racing series. The race was introduced to the British flat racing calendar by Sir Charles Bunbury, the same man credited with devising the Epsom Oaks and Epsom Derby.

Today the 2,000 Guineas is perhaps the most prestigious 1 mile race for 3-year old thoroughbreds on the planet, and offers one of the largest purses in English thoroughbred racing. The race format has been cribbed by several other countries, resulting in facsimiles like the Australia’s Caulfield Guineas, the Poule d'Essai des Poulains and the Irish 2,000 Guineas. 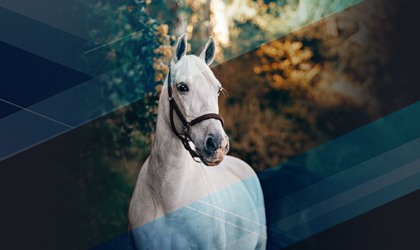 While there’s no doubt that the 2,000 Guineas is one of the highlights of the British flat racing season, bettors are likely to take a conservative approach to betting on the race. This is because the previous season’s 2-year olds can experience substantial fluctuations in form over the winter break, and antepost favourites rarely prevail in the 2,000 Guineas.

Newmarket – Home of the Guineas

Every year Newmarket plays host to the Guineas Meeting. The racecourse and its facilities lie at the center of English flat racing, and is home to the British Horseracing Authority as well as dozens of training yards and stables. Many racing fans regard the 2,000 Guineas as the premier race hosted by this racecourse.

Newmarket features two racetracks, and the 2,000 Guineas is raced on the longer of these, the 1 mile 2 furlong Rowley Mile. This racetrack features mild turf undulations, and is best known for the pronounced dip that racehorses are required to navigate over the final 2 furlongs of the 2,000 Guineas.

Every year tens of thousands of British racing fans travel to Newmarket Racecourse to watch the 2,000 Guineas run live. The racecourse is easy to access by car and train from central London and offers three enclosures that cater for all budgets. Alternatively the 2,000 Guineas is broadcast live by all satellite racing channels, several UK bookmakers, and the BBC.