Loading...
There are no available casinos for requested criteria.
Something went wrong. Please try again later.
Show as
Filter Casinos By

first opened on . They closed their doors permanently on . A new casino, has opened in its place.

What was once the shallow water of Seac Pai Bay between the islands of Taipa and Coloane south of the Macau Peninsula is now Cotai, Macau. The name for the area is a portmanteau or blending of the two Island's names.

What you will find in Cotai are several magnificent casino resorts including Galaxy Macau, Venetian Macau (the biggest casino in the world) City of Dreams Macau, Sands Cotai Central, Studio City Macau, and the newly opened Wynn Palace and Parisian Macao resorts, among others and more yet to come before the end of 2018. New developments on the Peninsula have virtually stopped, so Cotai is where you will find the newest, and possibly most impressive resorts in Macau.

Due to the nature of the long strip and newer casinos off the strip with no small venues close together, Cotai is not a place to walk from place to place, with the exception of crossing Estrada do Istmo (the 'strip') from City of Dreams to Venetian or from Venetian to Galaxy Macau, or similar. There simply aren't any historical or cultural sites to see like there are on the Macau Peninsula.

The first integrated entertainment and resort facility in Cotai to open on the newly reclaimed land was the Grand Waldo Hotel & Casino in 2006. It has since been reclaimed itself and is now part of Galaxy Macau, having reopened along with Broadway Macau on May 27, 2015, as part of Galaxy Macau's Phase II development. The largest property in Cotai, or the world for that matter is Las Vegas Sands' Venetian Macao. The Venetian officially opened its doors on August 28, 2007.

The casino resorts of Cotai are more family and business oriented than their predecessors in Macau. Melco Crown's Studio City Macau, which opened on October 27, 2015, features a 1,600 room hotel, a spa area with waterfalls and a sandy beach, the world’s highest figure-8 Ferris wheel bult right into the architecture between the two hotel towers, a Batman 4D flight simulation ride, an Ibiza nightclub called Pacha Macau, a 40,000 sq ft event center, a 40,000 sq ft Warner Bros. Fun Zone, 20 food and beverage outlets, MICE space, and of course, a casino. The casino has only 250 gaming tables, and the property opened with no VIP tables.

Following Studio City, Wynn Palace opened on August 22, 2016, and soon after Parisian Macau opened on September 13. Although not technically in Cotai, rather Coloane proper, The 13 could open before the end of 2016. The property initially planned to offer 60 gaming tables but so far there has been no word of an application for gaming approval.

Next up for Cotai are MGM Cotai and Grand Lisboa Palace, expected to open in 2017 and 2018 respectively. As of late 2016, there's been no word on when or if Wynn Diamond will open. The last mention from Steve Wynn was, "Phase two will be built at some point, maybe sooner than later. I don't think it's something as much as building another casino or anything like that, as it is perhaps something as lovely as a botanical garden."

Some estimates have put total investment in Cotai at US$50 billion. Wynn Palace alone cost $4.1b to open. Galaxy Entertainment Group's Phase III is expected to begin construction before the end of 2016 with Phase IV commencing in 2017. The expansion is estimated to cost more than US$5 billion and only 3% of the new spaces are to be devoted to gaming. The company has already invested about US$5.5 billion in the property.

Cotai is connected to mainland China by a tunnel and bridge system, as well as a road network that spans the three districts. A temporary ferry terminal is located next to the Macau International Airport, just across the district border in Taipa. New infrastructure is expected to increase visits to Cotai. The new Pac On ferry terminal is expected to open in 2017. The new Hong Kong-Zhuhai-Macau Bridge is also expected to open in 2017. Add to those improvements the Macau Light Rapid Transit or Macau LRT that is expected to be online by 2019, providing quick and convenient transportation between Macau, Taipa, and Cotai. Taken together these developments should open up more visitation to the Peninsula as well as spread visitors more easily over the districts.

Cotai, Macau has 14 casinos in which you'll find more than 16,675 slots and gaming machines. There are a total of 4394 table games. The minimum bet we've found at casinos in Cotai is $0 and the maxium bet is $100,000. Click a casino on the left for more information on a particular property. 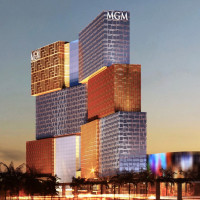 There are currently no news regarding Cotai. 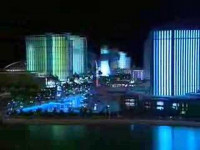 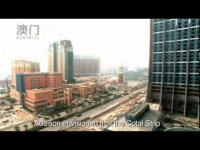 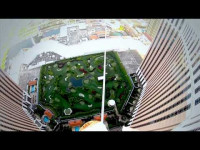 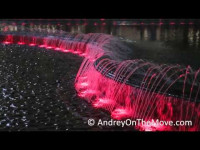