I’m not really sure what it is but there are certain hands that sort of trick some poker players into thinking they’re big hands when they really are weak. When I first started playing poker, I became enamored with some very weak hands. Well, weak by a winning poker player’s standards. By my standards, they were strong.

Here’s what I learned: the more I got suckered into playing these hands, the more I lost. Sure, I won on these hands every once in a while. But, overall, I was just giving away money playing weak hands that I thought were good. Now I love playing against players that play a wide range of hands. I love playing against those that think, for example, A-9 is a monster. I crush these players when an Ace flops. You’ll see these players online all the time. If you aren’t sure whether or not you’re playing too many hands, leave these 5 hands out of your range, at least in early position or against a raise: 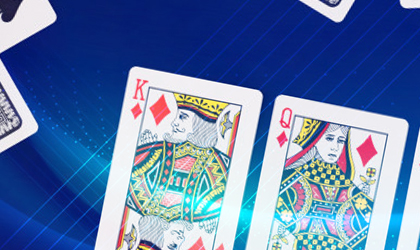 I know that two face cards look pretty. It looks like a monster hand. After all, when you’re playing blackjack, it’s tough for the dealer to beat you when you’re dealt two face cards. But you’re not playing blackjack. Two face cards is nothing more than…two face cards. You don’t have a made hand. In fact, you can’t even beat Ace-high before the flop. You can’t beat even the smallest of pairs. But what makes a hand like Queen-Jack so costly is when you flop a pair of Queens or Jacks, you’re often up against a Queen or Jack with a bigger kicker (Ace or King). And we all know how difficult it is to get away from top pair with a decent kicker sometimes. 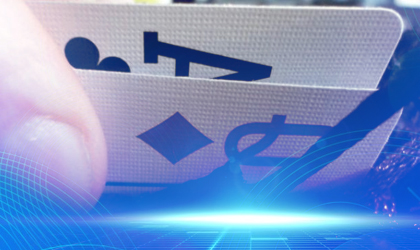 I’m not saying Ace-Queen is a weak hand. In fact, it’s a pretty strong hand. At a short-handed table, Ace-Queen is a monster. At a full table, the strength of Ace-Queen is diminished. The problem with Ace-Queen is it’s very difficult for anyone, let alone a beginner, to fold when an Ace flops if you’re up against Ace-King. And when you hit your Ace, if you raised pre-flop, you probably won’t win a big pot because the weaker Aces usually fold to a pre-flop raise. What if you don’t flop anything? Now you’re stuck with a tough decision to make.

The toughest hands to play are low pocket pairs. The reason for that is there really is no “right” way to play them in early position other than folding. Some players like to limp in early position, but what do you do if a player behind you raises? If you call, you will be stuck out of position on the flop and if you don’t hit a set, you will probably have to surrender the hand. If you raise pre-flop with a low pocket pair in early position, you may weed out some players, but there’s always a chance someone behind you will call. Not only that, beginner poker players also lose a lot of money with low pocket pairs when all low cards hit the flop up against an over pair.

Everyone knows that the Ace is the best card in the deck. However, an Ace with a low card is actually a very weak hand. First off, the hand is vulnerable against a bigger Ace or a pocket pair. What do you do if an Ace flops and your opponent bets when you’re holding Ace-6? Sure, you have top pair – the biggest possible pair – but your hand will often be crushed here by a bigger Ace. Also, Ace-rag doesn’t have good implied odds. How are you going to win a big pot with this hand unless you hit a flush (low percentage chance)? If an Ace flops, you are either way ahead or way behind so there’s no way of getting paid off.

Suited connectors can make big hands that are sneaky. The key word is “can”, because they usually don’t. Suited connectors should be limited to when you’re on the button or the blinds (assuming no raise). Playing suited connectors such as 8s-9s are tough to play because when you don’t hit a big hand, you have nothing. Or, if you flop top pair, you have a weak kicker to go with it. Beginners should have a very conservative hand selection. Once you improve your game, you can expand your range.