Many inexperienced poker players either make the mistake of either always assuming their opponent is bluffing or has a monster. Stop assuming and start making wise decisions. If you automatically assume your opponent has nothing without attempting to spot his tells, you’ll often end up giving away a lot of money. Conversely, if you always fold because you think every bet equals a big hand, you’ll give away a lot of pots you could have won. Understanding common tells is one of the main keys to playing winning poker. Far too many players make the mistake of guessing without logic. These are the type of players I make a killing against. I also make a killing against players that are unable to disguise bluffs effectively. These players give off these common tells:

1. THE CONTINUATION BETTOR CHECKS THE TURN 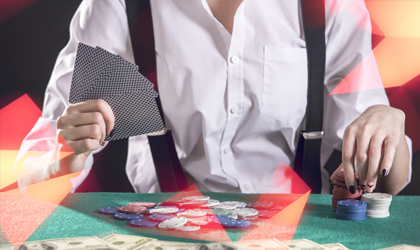 I love playing against aggressive continuation bettors – those that always bet the flop after raising pre-flop – because they’re actually quite easy to figure out. The hardest part about playing against a continuation bettor is on the flop because you will rarely know his hand strength since he always bets regardless of what hits. However, you can get a pretty good idea of what he’s holding if he then checks the turn. That is likely an indication he doesn’t have anything. A continuation bettor that actually hit the flop will bet through the river. What’s the correct play? I like to play against continuation bettors in position. So unless I have a big hand, I won’t call a raise against this type of player in the small or big blinds. On the flop, since I’ll be in position, I will call his bet regardless. Even if I have Q-J on a K-3-7 flop, I’ll smooth call the flop to see how he acts on the turn. If he checks the turn, I’m going to fire at the pot. More often than not, my bluff on the turn will take down the pot.

When a drawing flop such as 10s-Js-3h turns over, you can’t always be certain if your opponent has a Jack or a flush/straight draw. A good indication as to what your opponent is holding will be given on the turn and river. If your opponent bets out at the flop, or even puts in a small raise in position, then checks the turn, chances are pretty good he’s on a draw. If he then puts out a big bet on the river after a card hits that wouldn’t have completed any draws, you will almost always be up against a busted draw. What’s the correct play? The correct play depends on what you’re holding. If you have absolutely nothing and can’t even beat AK, you should raise. If you have a small pair or even AK, you should just call. Another way to play it is to bet out on the turn after he checks it to you. 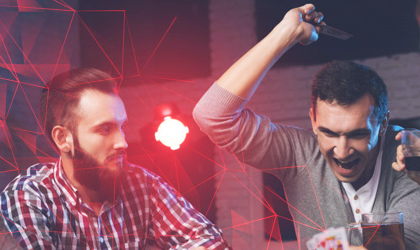 This tell is accurate about 80% of the time. The only time it isn’t accurate is when your opponent actually does have trips. However, most of the time, this is a bluffing spot. A loose-aggressive player – someone that can’t help but always betting and raising – that check-raises a paired board is almost always bluffing. They are trying to convince you that they have trips. What’s the correct play? I will almost always raise back in this spot to convince my opponent I have trips. However, I don’t put in a big re-raise. I usually make it just a bit bigger than the minimum raise. The reason I do that is so that I don’t commit too many chips if my opponent actually does have trips.

In a $2/$5 no-limit game a few years back, I was on one heck of a heater. I was up about $2500 for the day and had been aggressively betting all day. An opponent across the table whispered to the player next to him about how frustrated he was with me. We got into a big hand where I didn’t have much, but I took all of his chips because he couldn’t help himself. I knew he was bluffing. He raised me on the flop, bet big on the turn, and then shoved with absolutely nothing on the river. What’s the correct play? If you are up against an opponent that seems irritated by your play, if they bet big in a hand against you, call them down with a decent pair or raise with nothing.

5. OPPONENT STARES AT THE FLOP AND THEN BETS 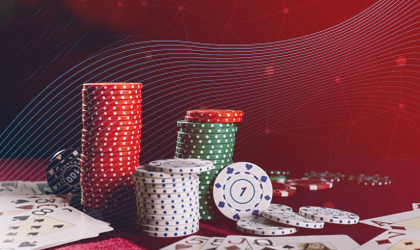 One of the most obvious physical tells that indicate a player is missed the flop is if they stare at it for a few seconds without turning away. Most players that missed the flop stare at the flop in disappointment. Players that hit the flop often turn and look away to make their opponents think they aren’t interested in what they saw. If you catch your opponent giving a dead stare to the flop and then he bets, he is probably bluffing. What’s the correct play? RAISE! But, first, you have to pay attention to your opponent while the flop is being placed down. Of course, this tell won’t do you any good online!