Spend some time at the craps tables and you will see and hear a host of hedges, the most common of which are hedges that increase or decrease your chances of winning or losing on the Pass Line. But are hedges really worth it? A classic craps hedge consists of utilizing one bet to offset another bet.

For example, you place a $5 Pass Line bet and then ask the dealers to give you a one-dollar “Any Craps” -- 2, 3, 12 -- in order to offset the possible loss of that Pass Line bet when any of the craps numbers appear. Thus, there is no way to lose on the Pass Line by utilizing such a scheme. You’ll win $40 on the 7 and 11, which will show up eight times (on average) in 36 rolls, but you’ll lose $8 on the Any Craps, for a net gain of $32. However, when any of the craps numbers appear-- and they’ll appear four times for every 36 rolls on average -- you will lose $20 on the Pass Line but win $28 on the Any Craps (which pays off at 7 to 1). Therefore, the hedger is ahead of the Pass Line game at this point to the tune of $40. 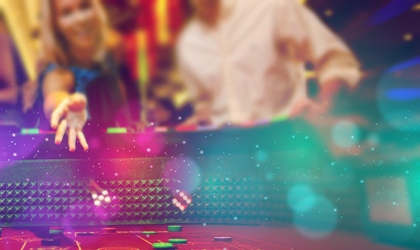 However, when a point number -- 4, 5, 6, 8, 9, or 10 -- is rolled, the Pass Line bet does not win or lose. The shooter now has to make that point before he rolls the dreaded 7. And what of all those Any Craps bets you’ve been making for a buck? What happens to them? The 24 times on average that a point number rolls is a loser for the Any Craps bet. So, the Pass Line win is now reduced by $24. Still, by the end of the betting sequence, and in the long run, the hedger is guaranteed a win on the Pass Line come-out rolls of $16. Has our hedger successfully protected his Pass Line bet from being diminished by the craps numbers? No. At first, advocates of hedging will be delighted to look at the above figures and see just how “protected” their Pass Line bet is by the Any Craps hedge. But can hedging advocates answer “yes” to the following question? “Will I win more or lose less by betting this way?” Sorry, you’ll lose more. Here’s why: If you merely played the Pass Line sans hedging, you would have won $40 on the eight times the 7 and 11 appeared, lost $20 when the 2, 3 and 12 appeared; yet, you would have been ahead $20 for the full sequence in the long run. Contrast that with our hedger who wins only $16. The cost for hedging is a 20 percent reduction in our overall Pass Line come-out win in the long run. In this case hedging is a bad investment. So, my advice is to take a pass on the Pass Line hedges.

Don’t Pass bettors can also get tangled up in the hedges in numerous ways. Here’s one advocated by some gaming writers. Place a Don’t-Pass bet of $20 and when the point is 6 or 8, you Place bet the same number for $18. The thinking here is that if the 7 appears, you will win $20 on the Don’t Pass and lose $18 on the Place bet, giving you a $2 guaranteed profit. However, if the either the 6 or 8 hits, you will win $21 and lose $20, giving you a guaranteed $1 profit. Overall, you’ll win $17 betting this way. The problem with this betting scheme is obvious. When a Don’t Pass bet has made it past the come-out roll, it is the odds-on favorite to win as a 7 will appear more often than any single number. Even though the 6 or 8 will appear five times for every six appearances of the 7, the Don’t bettor is still favored to win one betting unit -- in this case $20 (he’ll win six times on the 7 for $120 but lose five times on the 6 or 8 for $100). How much will you win on the guaranteed hedge? A total of $17. That’s $3 less than had you played it straight! It is also a reduction of 15 percent in winnings. Not good. This same hedge is also advocated for the other numbers as well, with the same dire consequences. Again, you bet $20 on the Don’t Pass and if the 5 or 9 is the Point, you also Place bet that number for $15. If the 7 hits, you win $20 on the Don’t Pass bet, but lose $15 on the Place bet -- for a guaranteed win of $5.