The biggest mistake that losing poker players make is playing too many hands. In Texas Holde'm, your position will be a determining factor in deciding which hands to play. When you are in early position, you have a distinct disadvantage because you have no idea what the players acting after you will do. It is possible that the pot could be raised and re-raised after you enter the hand. For this reason, you need to have a much stronger hand if you want to play from early position. The biggest mistake that I see players make in Texas Holde'm is playing two suited cards from any position. These novice players are placing too much value on the cards just because they are the same suit. A player who would not play a hand 2-6 off suit will suddenly play it from early position just because the cards are the same suit. They think that they will make a flush more often than they actually will The truth is that in Texas Holde'm you cannot play any two suited cards from any position if you expect to be a consistent winner. Part of playing Winning Poker knows about odds and probability. Let’s take a look at a few cold facts concerning the realities of a flush draw.

Getting two suited cards as a starting hand is fairly common. The probability of being dealt two suited cards is 23.58% which means those who like to play ASAP will have plenty of chances to enter the pot. Completing your flush is a lot more difficult. [p]

If you have a four-flush after the turn the probability of making a flush on the river 19.6%. The odds against you are 4.1:1 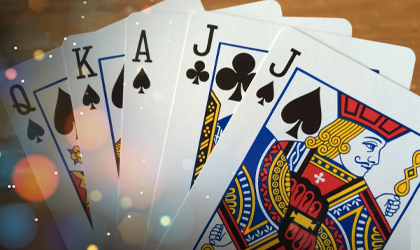 Simply put for every time you play two suited cards you will only make your flush about once in 16 tries. If you play low suited cards, you still have to worry about a bigger flush beating you. The reason you play your suited cards in late position when there is a lot of players in the pot is that you will then be getting the correct pot odds to justify attempting a flush draw. The money you win when you make your flush will offset the money you lose when you don’t make it. In a live game you can reach in you pocket if you go broke and buy more chips. In the long run, you will make money with flush draws as long as you get proper odds to try. In a tournament, you have to be cautious because the chips you lose on a busted draw play can’t be replaced. When you go broke you go home. Even when you are getting correct odds, you can do serious damage to your tournament chip stack if you don’t make it. Playing every time you have suited cards without regards pot odds is suicide. I use the acronym ASAP in my log book to denote a player who will play Any Suited cards from A ny P osition. ASAP means fast and this how you will lose your money if you continue to play and two suited cards.