All right, everybody. Grab your remotes. Let's take a spin and see what's on. "I Love Lucy." "M*A*S*H." "The Honeymooners." "The Three Stooges." "Laverne and Shirley." "The Beverly Hillbillies." "The Munsters." TVLand, or maybe Nick at Night? "The Price Is Right." "Jeopardy!" "Hollywood Squares." "The Match Game." "Let's Make a Deal." And, of course, "Wheel of Fortune."

Yep. Even the commercials are covered. 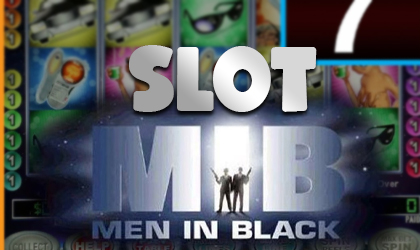 OK, put away the remotes. We don't really need them. A stroll through the slot floor at most any casino will do. That's where the stars come out for many of our old TV and movie favorites. Of course, not every game will be on any given casino floor. Prime time for a slot machine is even shorter than that for a television show. But even with older games, you can count on some old friends to surprise you every now and again. You walk into an unfamiliar casino, find all the latest games and flickering in a corner, there it is --- a rerun.

So let's put away our TV Guides and tune in to some of the games we've been viewing over the last few years. Most seem made for the video screen --- after all, that's where we originally saw them. Let's take a spin through a few film favorites, then come back next time and check out some TV nostalgia.

CLINT EASTWOOD: After the initial release of A Fistful of Dollars: Wanted, and A Fistful of Dollars: Wild Shot had Clint shooting straight in the Old West , WMS Gaming has turned to a different Eastwood character with the 15-line video Dirty Harry slots. The Make My Day bonus puts Harry on the trail of a criminal --- roll the dice in the top box and hope you're on the right track. No gunplay is necessary in the 'Do You Feel Lucky' bonus. Just decide if you like your bonus, or feel lucky enough to try for a bigger one.

MONTY PYTHON AND THE HOLY GRAIL: A 15-line IGT video slot with a die and game board in the top box, this one has the Python crew stamping their own brand of silliness on the Arthurian legend. The top box die is for the Holy Grail bonus, with seven rolls of the die up top and a look at the "Camelot" song scene on the screen below. There are plenty of film clips, and multiple bonuses --- watch out for the Trojan Rabbit.

MEN IN BLACK: The sci-fi comedy crew romp through three WMS video games now --- Men In Black, Men In Black Riches of the Universe and Men In Black Galactic payback. In the original, go alien hunting by choosing among 20 Top Secret file folders. Each contains either a bonus amount or a picture of an alien. Bonuses accumulate until the player finds an alien picture. That launches yet another screen with animation of people in a park. The player must decide which person is really the alien matching the picture. When the choice is made, the screen "X-rays" the chosen one's head. If it's really an alien in disguise, the player gets the largest bonus. AUSTIN POWERS: Just as in the theaters, Austin Powers isn't so much a one-time oddball as a shagadelic oddball franchise for IGT --- Austin Powers, Austin Powers in Goldmember in both video and reel-spinning slots, Austin Powers Poker. The original Austin Powers video slot brings together our hero with Mini Me, Dr. Evil and all the sights and sounds of the movies. Visit Dr. Evil in his headquarters underground to go for a bonus multiplier, or match characters to find the Fat Bastard. The "Goldmember" versions even come with a spinning silver disco ball for top-box bonuses. MARILYN MONROE: Available in both a reel-spinning game with a top box bonus and the video game with Marilyn symbols, diamonds, voiceovers and music befitting one of Hollywood's most glamorous stars, Marilyn Monroe is a gem in the IGT collection. The video slot is part of the "Diamond Cinema" series that brings a whole cast of Hollywood legends to the slot floor ---- James Dean, Bogart & Bergman, Steve McQueen and Frank Sinatra.