Comedy, cartoons, game shows, advertising --- it seems anything from our television past can spark the imaginations of slot machine designers. More important, the TV-themed slots spark a warm glow in players, too, whether they're playing online or offline. So let's get ready to tune into more TV fun on the slots: 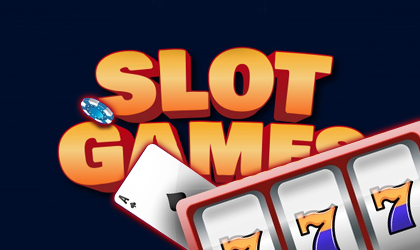 THE BEVERLY HILLBILLIES: "Come and listen to my story about a man named Jed …" The Clampetts may have been millionaires, but it only takes pennies to play this video slot made for the one-cent market. With images along with the Clampett clan, pigs in the mud, moonshine and more, The Beverly Hillbillies takes you from the backwoods to the mansion with the cee-ment pond. And when you get to the Bubblin' Crude bonus, the familiar theme song plays along with a video clip of the TV show opening, with Jed shootin' at some food and bagging the crude instead. Oil, that is.

I DREAM OF JEANNIE: Barbara Eden works a little magic of her own in a series of games. Jeannie's bottle in the top box spins through bonus numbers while an animated Jeannie she dances onscreen in one bonus. In one version, you touch bottles on the beach to collect bonuses. The more you collect before finding Jeannie's the better. When you find it, Eden's voice apologizes, saying "Sorry master," as she dissolves into her bottle.

SATURDAY NIGHT LIVE: All the classic comedy bits on the long-running NBC series have given ample material for a multigame series. There's the Church Lady, Wayne's World, Hans & Franz, the Coneheads --- it can go on and on. Remember the Coneheads lifting complete six packs to "consume mass quantities"? Here, one bonus round is the chance to Win Mass Quantities by bouncing your spaceship off planets to reveal bonus amounts. Or you can try the Senso-Ring toss, selecting either an animated version of Jane Curtin's Prymat or Dan Aykroyd's Beldar to toss the rings over the other's cone. Unearthly fun. 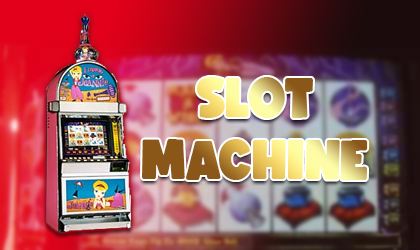 WHEEL OF FORTUNE: The hottest thing in slots for most of a decade, Wheel of Fortune has spawned sequel after sequel, both on three-reel-spinners and in five-reel video. The original reel-spinner, with the top-box wheel spinning while the audience on the game's audio chants "WHEEL! OF! FORTUNE!" remains a staple of any slot floor. Video versions were inevitable. There are several, including Wheel of Fortune Special Edition --- Triple Action, featuring live-action video of TV hosts Pat Sajak and Vanna White.

HOLLYWOOD SQUARES: uses game themes and the images of stars in a whole series of games. In the original, Whoopi Goldberg is center square as you choose stars to answer questions in the game's version of tic-tac-toe. New in the franchise is Premiere Night, with live-action video of Joan Rivers announcing as a limo pulls up. Touch the car's windows to choose a celeb for bonuses. There's also Hollywood Squares Prize Fun, with an unusual "wheel" on top. A circle is divided into wedges depicting stars, but it's not the circle that spins. It's the wedges, each with a different celeb on each of its three sides.

ROCKY AND BULLWINKLE: The plucky little squirrel and muscular moose are on the way into casinos with a series of games. There is a full complement of Jay Ward characters on both five-reel video and three-reel versions --- help Dudley Doright save Nell from Snidely Whiplash, or take a trip with Peabody and Sherman in the Waybac Machine. "Hey Rocky! Want to watch me pull a rabbit out of my hat?" 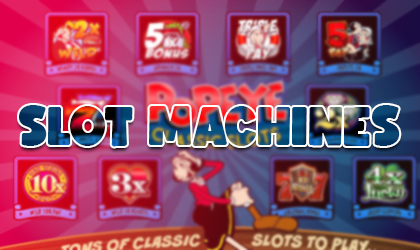 POPEYE: The cartoon Sailor Man has starred in games for with spinning reels for the main game and a video screen for bonuses in the top box. Popeye draws his strength from spinach --- it just seems right somehow when he seems down for the count, but Swee' Pea delivers a can of spinach so he can continue knocking down Brutus' goons on his way to rescue Olive Oyl.

BUT WAIT! WIN MORE! Think back on late-night TV commercials, and chances are you'll come up with a product or two from Popeil or Ronco. Which is your favorite? The Pocket Fisherman, perhaps? Here, you can pick a Popeil product such as the electric inside-the-shell egg scrambler, and inventor and TV pitchmeister Ron Popeil comes along to announce your bonus round. No matter how much a bargain any product seemed in the old commercials, there was always something extra. Same thing here. After your initial bonus, Popeil will keep pitching: "But wait! There's more!"

Now, put that remote on "pause," it's time to play your favorites.