Table Games: How Much Do You Need to Play? - Part 1

The math of gambling can tell us quite clearly what our average expected loss (or win) will be at each and every game by plugging our betting levels into a very simple formula: Average Bet x Speed of Game (or Number of decisions per hour) x Hours Played x House Edge = Expected Win/Loss. 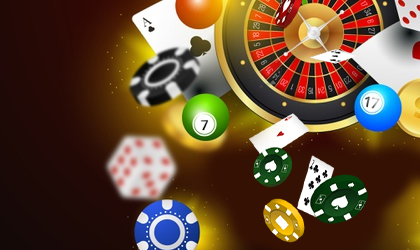 So if you wanted to play blackjack for one hour at $10 a hand playing perfect Basic Strategy at a one-half percent disadvantage, you could expect to lose on average four dollars ($10 average bet x 80 decisions per hour x 1 hour x .005 house edge = $4). You can plug in any game and find this average amount. Unfortunately, owing to the streaky, freaky nature of chance, the above formula really wouldn't tell you if you were going to lose all, some, most, or none of your money in that hour or the next -- or whether you would win a bundle, or a single bet, because averages are, well, averages.

Therefore, winning and losing at casino games rarely match the average expectation on a given evening because wild, weird, and wonderful things can happen, as the following true-life examples demonstrate:

1. At the Maxim Casino in Las Vegas in July of 1995, a $5 player won 23 straight hands -- some with doubles, splits, and splits with doubles -- in blackjack playing heads up against a dealer in a six-deck game. At the fourth hand, he started to escalate his bets and he won several thousand dollars in that run. I saw this.

2. At Caesars Palace on July 14, 2000, gaming writer Barney Vinson witnessed the number 7 come up at roulette six times in a row -- a billions to one shot!

3. At the Desert Inn in February 1998, slot Expert John Robison went 93 spins on a slot machine without one hit.

5. In roulette, Morris Guttermann lost 11 times in a row on red when black came up 12 times in a row at the Imperial Palace in Las Vegas in August of 1994. Somewhere in that awful run, Morris decided to start increasing his bet figuring that red had to come up sooner or later -- as indeed it did. After he lost all his money! 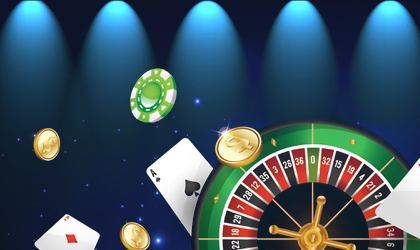 Outlandish wins, or horrendous losses, and a given evening sees your bankroll skyrocketing to the heavens, or skidding down the storm drain. To protect yourself against the latter happening, here is a simple formula to help you determine what you need to bring to the casino for one hour of play at your favorite game to insure that you will not go broke: Ps = (q/p)a - (q/p)s / (q/p)a - 1 x Pi x e=mc2....Just kidding. Just bring enough to last one hour under the assumption that you're going to lose every single bet! It doesn't get simpler than that.

The only figuring you have to do is how many decisions the game you are playing has in a given hour and multiply that by your betting unit ($5, $10, $15, $25 or more) and you will arrive at the absolute foolproof way to assure that you can last for one hour if the goddess of chance decides to treat you the way the pigeons treat the statues in the park. Bring half that much if you figure you can handle it if the worst possible scenario occurs and you lose it all, as half of the suggested bankroll will, for all intents and purposes, be very difficult (but not impossible) to lose in one hour's time.

A crowded table at blackjack will have about 60 decisions an hour. So bring 70 units. Why 70? Because on some hands you'll have to split and/or double down. A $5 player should have $350; a $25 player should have $1,750. Bring this much and you'll probably be delighted to discover that as a Basic Strategy Player you can probably play two or three hours (not just one) without any serious threat of going belly up. Part 2 continues with the Craps, Roulette, Let It Ride and more.