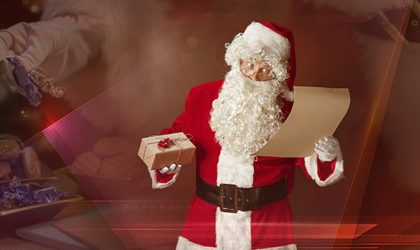 It was three days before Christmas. I was 12 and my two younger brothers, Dennis and John, also known as Legs, were 11 and 10. Our parents had left us along while they visited my mother's older sister Ann in West Newton just three miles away.

It had snowed the night before, leaving a one-inch carpeting of fine snow on the lawns of our neighbors on the top of Sutersville Hill. With nothing to do, l decided to do some exploring. I went into the attic. There was a room up there where the door was normally locked.

I decided to open it.

I shook the handle and the door wouldn't budge. However, I was persistent and shook it again, turning the handle as hard as I could. Presto! Like the Magic Mountain in a Grimm's fairytale, this time the door swung wide open.

Slowly I entered the room. It was dark inside -- my parents used it as a storage room and it had a musty odor. The room had a single light with a string hanging from the lightbulb in the center of the room. I found it switched on the light.

And I screamed with joy.

My brothers were downstairs in the living room and they heard me. Startled, they ran to the stairs and dashed madly up to see what had delighted me.

The room was filled with gifts. There were three bicycles and three Daisy air rifles. A baseball glove, baseball, and bat. And boxes of carefully wrapped gift packages that contained only God knew what.

With trembling hands, my brothers and I opened the gift-wrapped packages. We found shirts, pants, jackets in various sizes. I tried on one of the shirts. It was a perfect fit. My brothers and I put on the new clothes. Then, we carefully moved the bicycles down the stairwell, pushed them through the house and onto our front porch.

The sun had come out. It was a beautiful day with the bright sun glinting on our snow-covered lawn. A couple of kids from the neighborhood were on the road in front of our house. They saw us with the new bikes and ran into our yard.

I shrugged. "We just found this. I guess Santa came early."

All that afternoon we practiced riding the bikes around the neighborhood. After a while, I even invited our buddies to take a ride. Then we took the bee bee guns down and started practicing, sharing our new-found gifts with our friends. I felt like King Midas opening his wealth to the world.

Around 4 p.m., a car pulled into our driveway. It was our parents. My mother literally exploded out of the front seat.

"What are you kids doing? Where did you get those bicycles?” she demanded. And she was steaming, I can tell you that.

In a stammering voice, I told her. And she coldly informed me that he bicycles, the air rifles and the clothing weren't ours. They were for other children. Mom did not smile as she uttered the bald-faced lie that the parents of the kids had left the gifts with her and dad until Christmas Day.

Mom looked at Dad and shrugged. I guess now we'll have to call the police, she said. "They'll probably arrest you for taking toys that belong to other people." Dad just shook his head. My heart flip-flopped. Jail? Dennis burst into tears. Legs just seemed to shrink. 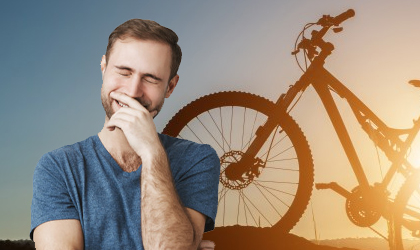 Back into the attic went the bikes and the air rifles. I took a seat in the living room and waited for the cops to arrive. At 10 p.m., I was still waiting. My mother let me sit there terrified until midnight when she finally told me I could go to bed.

My parents have passed away. We joked about that Christmas for years and Mom never apologized for lying to me. She said I deserved it for what I did and I had to agree with her even though it was one of the happiest Christmases of my life.