The basics of horse racing

Seven words spoken many years ago from legendary Hall of Fame trainer D. Wayne Lukas pretty much sum up what the sport of horse racing is all about, whether we’re talking about yesterday, today or tomorrow.

“People have opinions, horses have the facts.”

Those seven words cut to the core of racing, which basically started centuries ago as a way to solve the great debate between two or more parties with the opinion that “my horse is faster than your horse.” 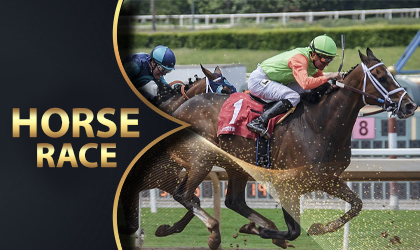 The same debate exists today, although the racing game is vastly different than the competitions staged by the nomadic tribes that roamed Central Asia nearly 5,000 years before the birth of Christ or even those in the United States in the late 1700s.

The premise is still the same, put up the horse you think is the fastest in the right race, against the right competition and see if they’ve got the facts – the speed and stamina – to back up your opinion.

Horse racing is conducted around the world, at places like Flemington in Australia to Meydan in the United Arab Emirates, Belmont Park just outside New York City to the Hipodromo de San Isidro in Buenos Aires, Argentina, and at Epsom in England to the Central Moscow Hippodrome in Russia.

Racing is also staged using a variety of breeds. Thoroughbreds are the most popular and recognizable, thanks largely in part to such major events as the Triple Crown and Breeders’ Cup World Championships, although Standardbreds and Quarter Horses are frequently used for racing.

Racing also holds a unique place in the world of sports and gambling because not only does it match horse against horse but player against player.

Players, frequently called either horseplayers or handicappers, try to determine and make wagers on the outcome of a race and they make selections based on a wide variety of information available and often based on a horse’s prior races.

The majority of the world’s races are conducted using the pari-mutuel betting system. Loosely translated from its French origins, pari-mutuel essentially means betting amongst ourselves. Money wagered on a horse race is placed in a common pool and after commissions are deducted and shared by the track, horsemen, local and state governments (commonly known as takeout), the remaining funds are paid out to the winners.