One of the many key aspects to successful handicapping is understanding the conditions of races. Horseplayers hear the word condition a lot at the racetrack, simulcast parlor or racebook or if they’re playing at home through their advance deposit wagering account.

One reference to conditions involves the racing surface itself, whether it be the dirt track or turf course. Those conditions – fast, sloppy, firm or soft – are not to be confused with the specific conditions of a race.

Conditions of a race are requirements for being able to enter a horse in a particular race as written by the track’s racing secretary. Conditions include everything from age and sex of the horse to money or races won, weight carried and the distance of the race.

Wading through and understanding the various conditions is a key element to handicapping and should not be discounted. The different races were discussed in a separate chapter titled “Types of horse races,” but it should be noted that there are many differences within each type of race. Simply put, not all stakes, allowance and claiming races are the same. The number of different races run at racetracks across North America is exhaustive, but horseplayers should remember a few basic principles when dissecting races that appear in a horse’s past performances. 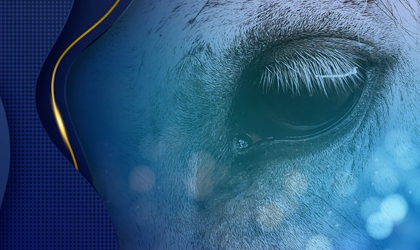 The differences in maiden races are fairly simple to understand. Maiden special weight races, where horses are assigned a specific weight based on age, are the highest level of races for horses that have never won. Maiden claiming races are the next step down the ladder, with superior races typically those for horses competing for a higher claiming price. For example, a maiden claiming race for horses running for a $50,000 claiming price are usually more difficult than a similar race for horses running for a $30,000 claiming price. The conditions of claiming and allowance races are not as easy to discern, but if horseplayers spend the time to read the conditions carefully they can get an edge. Subtle differences in the class of claiming and allowance races can make the difference between picking a winner competing in company where he or she fit versus watching the horse you thought had a really good chance because they’d won three races in a row against inferior competition run up the track.

Because a majority of the races run in North America are claiming races, it might be best to understand the subtle nuances of races at this level. Horsemen decide to run horses in claiming races for many reasons. Typically they’re trying to find a spot where a horse can win, especially if they’ve exhausted opportunities in allowance or stakes company. The price for which a horse competes in claiming races often directly correlates with its value. For example, if a horse is consistently running for a $25,000 claiming tag it’s safe to say he’s a “$25,000 claimer.” The types of races offered that horse are many, including a straight claiming race without any conditions that is open to any horse running for a $25,000 claiming tag. Three other races that horseplayers might encounter are notated with the abbreviations Clm25000n1x, Clm25000n2l and Clm25000n$y. 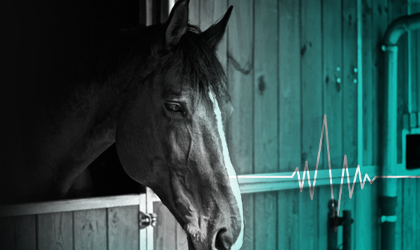 On the surface these races look very similar for horses at the $25,000 level and for the most part they are. However, the Clm25000n1x is a race for claiming horses that have not won one race (or more, depending on the number after the “n”) other than those described in the conditions. Many horses could fit this condition, from one with 10 career wins – 9 of which came in state-bred company – to another with just one career win in a maiden special weight race two years earlier. It’s all spelled out in the conditions and it’s helpful to understand which horses fit the conditions best. The Clm25000n2l race is for horses that have not won two races in their career or lifetime, thus the n2l or non-2-lifetime. The horse with the nine wins in state-bred company would not be eligible for that condition, whereas the horse with the lone career maiden special weight race would be eligible.

The Clm25000n1y race is for horses that have not won one race in a specified time period. Both horses cited as examples above could be eligible for this condition. Specifically, if the horse with nine career state-bred victories hadn’t won a race in more than two years and the conditions called for horses to not have won in a year, he or she would be eligible to compete in this race. Allowance races can be just as easy to understand. The most common allowance races are for “non-winners of X races other than maiden, claiming, starter or state-bred.” For example, if the race is for non-winners of 1 race other than, the same horse above with the nine state-bred victories could be eligible because his or her only other win most likely came in a maiden race. Horses that win allowance races gradually work their way up the ladder in terms of difficulty. A non-winners of 1 other than is a much easier race than a non-winners of 2 other than, for example. Horses in the non-winners of 2 condition usually have the benefit of a maiden special weight and allowance race, whereas most horses competing in the non-winners of 1 only have the benefit of the maiden win and are facing other winners for the first time.