There are few thoroughbred races that can match the Epsom Derby for history and prestige. The number of international races modeled on this Classic is testament to the character and class of this racing event for the top 3-year-old thoroughbred racehorses in the United Kingdom and Ireland.

The Epsom Derby is run during the month of July at Epsom Racecourse as the feature event of the two day long Derby Meeting. The race covers a distance of 1 mile 4 furlongs and 10 yards. While the Epsom Derby is theoretically open to 3-year-old fillies, these are usually aimed at the Epsom Oaks, and it is rare to see fillies competing in the Derby.

It is rare for more than a dozen of Europe’s top thoroughbreds to run in the Epsom Derby. Racehorses competing in the Epsom Derby tend to have won or placed in one of several Derby Trials, or else shown indications of champion potential in the first of the season’s Classics, the 2,000 Guineas.

Of Earls and Knights 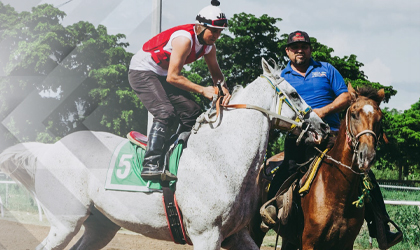 The Epsom Derby owes its existence to the man who conceived four of the Classics – Sir Charles Bunbury. Sir Bunbury is said to have proposed the race to his friend the Earl of Derby at a dinner party celebrating the first running of the Epsom Oaks in 1779.

While legend has it the naming rights were decided on a coin toss, it is believed that Sir Bunbury graciously offered to name the race after the host of the party at which it was conceived. Sir Bunbury’s place in the history of the race was assured a year later, when his horse, Diomed, won the inaugural running of the Derby.

The Epsom Derby was originally raced over a mile, paying out a princely prize fund of around £1,000 pounds. In 1784 the race was extended to the distance of 1 mile 4 furlongs. Changes in the starting position for the Epsom Derby in subsequent years eventually resulted in an extra 10 yards being added to the official race distance.

Betting on the Epsom Derby

The Epsom Derby is one of a handful of thoroughbred races to attract widespread interest from the general public. As a result pari-mutuel (pool) betting on the event is very popular, and can generate impressive returns for punters who make smart selections for the race.

Outright fixed odds markets are available year round at many bookmakers. These have a fairly good record of predicting the Epsom Derby winner, and in recent years have managed to predict the winner with around 50% accuracy.

Second favourites tend to win on the occasions when the favourite capitulates, suggesting that each-way and place bets are the way to go when placing money on the Epsom Derby betting markets.

Racing on the Epsom Downs 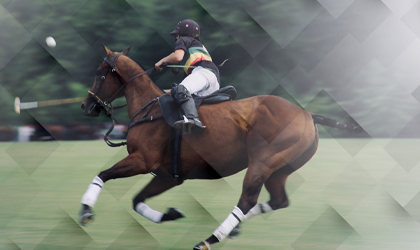 In the earliest days of the Epsom Derby the race took place on the sprawling Epsom Downs. Today a world class racecourse sits on this ancient land, where members of the general public can still watch the race for free from certain vantage points.

Epsom Downs is recognized as one of the most challenging racecourses in the United Kingdom, and the pronounced undulations of the turf turn the Epsom Derby into a grueling test of stamina. Many believe that this ancient racecourse is chronically underused, as it hosts only a handful of major meetings every year.

The Epsom Derby is one of a select group of English horseraces that can be viewed for free on the BBC. While millions watch the race on television or the internet, it remains a popular destination for British high society as well as ordinary members of the public looking to experience the pomp and pageantry of top class English racing.