Before you sit down at a poker game, do some thinking about

what you want to play and your reasons for playing it.?Otherwise,

your bankroll could be in for trouble.

Are you playing the right game at your casino??Seriously.

Before I wisened up, I probably lost more money playing in wrong games than I care to admit.?

…or I played in a no-limit Texas Hold'em rather than a pot limit Omaha High-Low - which happens to be my favorite.

Texas Hold'em is a game where you have to throw away a lot of hands.? 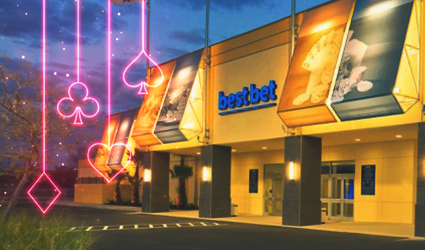 You are dealt two cards from a deck of 52 and those cards, frankly, are mostly garbage.?It seems to take forever to line up the proper suited or high cards!

If that happens and you find yourself a loser, maybe it's time for you to change games.?Hopefully your casino has a variety of games that you can switch to and get back on a winning streak.

My favorite casino near where I live is BestBet in Jacksonville, FL.?

BestBet features a no limit Texas Hold'em tournament every Friday and Sunday at noon.?With Hold'em, I prefer tournaments to cash games.?I would rather risk $100 or $200 in a tournament setting, than put the same amount of money in a cash game.

…I like to play Omaha high-low in Omaha high-ow as well, but poker room managers seem reluctant to open their rooms to Omaha rather than Hold'em, probably because Hold'em is the more popular game.?? 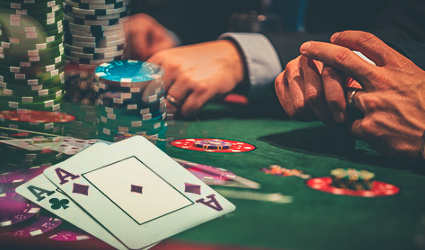 Poker players are at the mercy of poker room managers.?And with them, of course, the bottom line is the only thing that counts.?The late Oklahoma Johnny Hale put it about as nicely as any man could when he made the blanket statement that most poker room managers didn't give a tinker's damn what poker players wanted -- all the cared about was filling the tables and keeping them filled.

I still think Benny Binion had the right idea:

He purposely kept the number of his no limit games limited, because he didn't want to bust his players.?He made sure his tables were filled and that his dealers could keep working.?He was a total professional and was totally unique.?