Home / Articles / Games / Gambling or Gaming, Does it Matter

Gambling or Gaming, Does it Matter

The differences between gambling and gaming are not always readily apparent. In some cases there may be no difference at all and in others, the differences are distinct and quantifiable. While the terms ‘gambling’ and ‘gaming’ can be interchangeable in some contexts, the subjects can also be clearly distinguished from one another in other circumstances.

In this article we posit that both terms are used in a variety of ways and that they are indeed, in practice, interchangeable when referring to the act of gambling. The surrounding context, not the terms themselves should be the guiding example.

Gambling experts, scholars, and even zealots have explored the definitions of the two terms ad nauseam in literature and many have come to different conclusions. One component complicating the distinction is something known as the ‘gamification’ of gambling games, online and in land based casinos. Briefly, ‘gamification’ is the assimilation of elements of gaming into a gambling framework, but not necessarily into the games themselves.

Another factor contributing to the overlap in the perception of the terms’ meanings is the influence of media - not only the usually responsible journalistic media but also opinion influencers and thought leaders on both sides of the debate about the values or harms inherent in gambling in any form.

While societal norms may dictate the terms used, such as “gambling” in the UK and “gaming” in Macau, gaming and gambling can be further differentiated from each other depending on the purpose of the discussion as we’ll see in the following example. 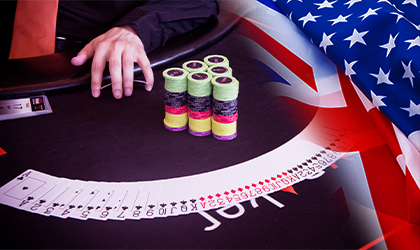 According to the The National Institute of Health in the U.S., in a discussion of the potential of either or both activities to affect well-being, there is significant overlap between the two terms - most notably in the dimensions of advertising, context and centrality of content, interactivity, monetisation, betting and wagering, types of outcomes, and even structural fidelity.

While the subject matter in that light is as objective as possible, both terms are seen through the lens of addiction or problem behaviors affecting overall health. Because of this, the tack and slant predispose that there is something potentially “wrong” or harmful resulting from both of the activities. Indeed, an entire field of behavioral science has been applied to help problem gamblers modify erroneous perceptions of gambling and correct pathological behaviors.

In order to view the differentiation in a more comprehensive manner, we might need to look at the macro or big picture as well as the micro, or finite differences. While we may not be able to come to a definitive conclusion as to why the terms have become interchangeable to professionals and laymen alike, nor if it really matters in a rational sense how the activities are categorized, we can take a look at how some people - those who are active in the gambling community and those who are not, respond to the terms and form opinions based on the usage of the terms themselves. 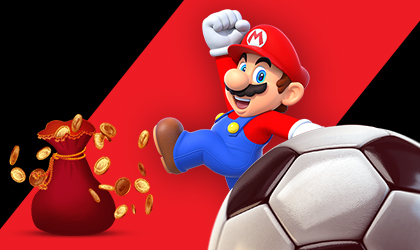 It can be argued, with good reason, that gambling should be defined by outcomes determined, at least in part, by chance. We will not delve into the longstanding and important debate about the outcomes of poker or sportsbetting being predominantly skill-based or chance-based. Nor will we enter the nettlesome bramble of fantasy sports with an opinion. We will state that there are no controls in any of the aforementioned “skill-based” betting activities to prevent a person from relying strictly on chance to predict and potentially profit from the outcome of a contest.

Any poker game can be affected by a random bluff - any live or future sporting or eSports event results can be chosen based on the volatility of a bet rather than a reasoned assumption of the winner.

In a linguistic and conceptual sense, we reject this argument as neither ‘gaming’ nor ‘gambling’ activities exist in their purest form except as outliers rather than the standard bearers of their respective genres. Super Mario Brothers and baccarat are completely different animals but accomplishments, level-ups, awards, and rewards can be found to influence a player’s participation in any game of chance, skill, or a mixture of both.

The lines of demarcation become blurred in reality and the activities overlap more often than not, even without considering “loot boxes” and other elements that can be strictly defined as gambling within an otherwise strictly gaming scenario.

But have they really? 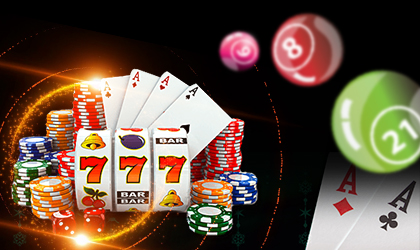 While, yes, they have become interchangeable in public discourse and even in some industry-related jargon, each term has its own connotation depending on the personal persuasion of the listener, or reader of the term. They can each be perceived differently due to framing by the media as well.

In a 2013 article appearing in Oxford’s Journal of Consumer Research, associate professor of services marketing at Cornell - Kathey LaTour, and Ashlee Humphreys of Northwestern University’s Medill School of Journalism, took an in-depth look at how the terms were used in the media and the public perceptions that resulted from that framing.

The team looked at media coverage of gambling in several major US publications over a period of 30 years leading up to the 2011 “Black Friday” shutdown of the country’s three largest existing betting sites. The media references included the Wall Street Journal, New York Times, and USA Today and covered the period from 1980 to 2010. They also looked at coverage after the government's legal actions. They found that newspapers shifted their frame of reference after the April 15, 2011 events, framing online gambling, including poker, as criminal behavior rather than as a form of harmless entertainment.

According to the researchers, the public began to shift their perception of the legitimacy of real money online gaming sites. The movement in perception was most notable among those who didn’t use the services of online gambling facilities such as casinos.

So, while the terms gaming and gambling can be interchangeable and synonymous, the implications of using one term or the other can have perceptual consequences within certain frameworks. The team used several methodologies to arrive at their conclusions and found that: “...these experiments show that framing affects normative legitimacy judgments by changing implicit associations.”

According to the researchers, simply changing one word in their test narratives - gaming or gambling - caused non-gamblers to see ‘gaming’ more favorably than they saw ‘gambling’ even though the only difference was in nomenclature, not the underlying subject or activity.

Gambling and gaming can be legitimate terms for the same activity

While “gaming” in many respects is an activity that can occur without gambling (placing a stake on a random outcome), and gambling occurs while playing a game such as roulette with no inherent competitive elements, in their purest form they are quite distinct activities.

The problem in differentiation comes first from the fact that gambling is often accomplished while playing a “game”. It is then complicated further by the mechanics of games other than roulette, craps, or baccarat (that rely purely on luck) such as blackjack or poker that require differing elements of skill not only to play but to win with any regularity. Making the waters even murkier are hybrid games of skill and luck as games evolve with overlapping ecosystems, and finally, the gamification of gambling realms by creative marketing campaigns.