When you're a poker player and adventurer, you meet some interesting

people. Al Blackman was one of them. Hope he and Rover are still 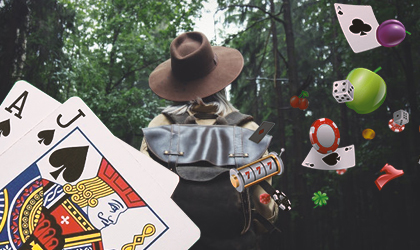 Just south of Hoover Dam on the road to Las Vegas, is a tranquil area known as burro Flats. Wild burros left there by deceased or departed gold prospectors populate the area. They roam the mountains and give the area a touch of the old West.

...I decided to do some gold prospecting in the area. The driving was a bit rough. but I found a dirt road and followed it into a dry wash. I drove about half a mile and pulled to a stop next to a Joshua Tree. The silence and beauty of the area was amazing. I just sat in my car for a while, closed my eyes and listened to the silence of the desert.

As I sat there, I heard somebody singing.

At first, I thought I was hallucinating, but the singing continued. I opened my eyes and realized there was a camper parked farther up into the wash. The singing was coming from a man who was panning for gold in a thin stream of water. The singer had a good voice and sounded a bit like Johnny Cash.

I exited my car and he waved at me. After a couple of minutes, I decided to pay him a visit. He had a salt and pepper beard and a big smile. He was wearing jeans and a well-worn Western shirt. I asked him if he was having any luck in his search for gold. He laughed:

"Well, son, gold is where you find it. I've found some gold nuggets in this wash, but not enough to make me rich. I make my real money playing poker in Las Vegas. This is just for fun."

"Where do you play?"

"Binion's Horseshoe or the Gold Nugget."

"What a coincidence. That happens to be where I am heading. I happen to be a gold panner and thought I'd try out this area first."

"Well, be my guest. Name's Blackie. Al Blackman." He extended his hand. "I divide my time between my camper which I all Rover and Binion's Horseshoe. Bennie always has a room that he comps me."

"Yeah, Bennie is generous that way. He appreciates real people."

"You sound like you know the man. You're welcome to pan in my glory hole. Just be careful. There are rattlesnakes in the area. Haven't been bitten yet, but they are definitely around the area and I watch where I sit."

Al brewed us a pot of coffee. I panned next to him for a couple of hours, found some color and came up with a nugget about half the size of a pea. The sun was dropping in the purple western sky when I called it a day. My new companion decided he had had enough and he followed me out of the area.

"I'll see you at the Horseshoe," he said. 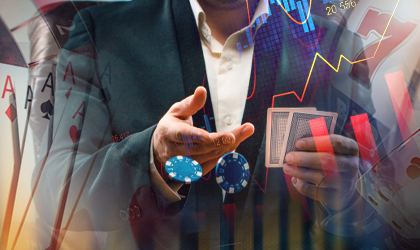 For the next couple of days, Blackie and I played poker, drank and talked. Like me, he was divorced and like me he had no permanence in his structure. He roamed, had lived on islands in the Caribbean and the South Pacific, and he had served in the U.S. military. On Sunday afternoon, I checked out of the hotel. Blackie checked out with me.

"So where do you head from here," I asked.

"Oh, I'll go back to Burro Flats," he said. 'I'll do some panning and from there I'll probably amble down to Tucson. Have a gal down there who cooks up a mean chicken dinner."

I laughed and shook his hand. "Sounds like a plan," I said. "Chicken dinner, gold nuggets and sweet perfume."