How to Play 7 Card Stud

7 Card Stud dates back to the days of the old west, often played by pioneers and outlaws in back alley bars and trading posts along the western trail of North America. 7 Card Stud became much more popular than 5 Card Draw as it offered many more betting rounds and a higher skill level to master. 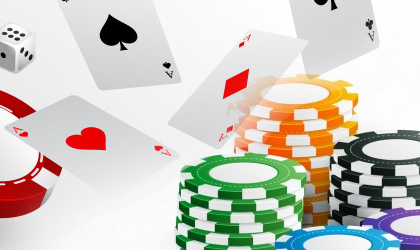 7 Card Stud is a game for 2 to 8 players, using a single deck of 52 cards. Each player has his own 7 cards to work with throughout the hand, the first two face down, next four face up, and the last generally another face down card. There are five betting rounds in 7 Card Stud. 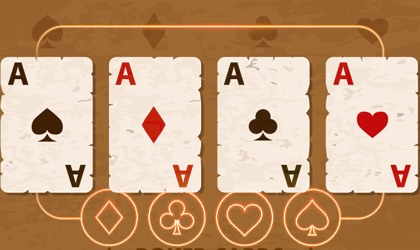 7 Card Stud forces Ante Bets from each player before any cards are dealt. The amount of the Ante varies, but is generally 10-25% of the low-end stakes.

The game begins with the placement of Antes. The dealer will then give each player two cards face down, followed by a third card face up, called the Door Card. The first round of betting begins with the player who has the lowest Door Card showing (in case of a tie, lowest suit bets first – lowest to highest: Club, Diamond, Heart, Spade). This player must place a Bring-In Bet, equal to half of the low-end stakes. All other players will then act, in clockwise fashion. All Bets/Raises must match the low-end stakes. Betting continues until all players have Called (or Folded). The Bring-In bettor need only add enough chips to his current Bring-In to Call/Bet/Raise; or he may Fold, forfeiting the Bring-In.

4th Street: A fourth card is dealt to each player, also face-up. Another round of betting takes place. For the rest of the hand, the player with the highest hand showing starts off the betting.

5th Street: A fifth card is dealt face-up, followed by another betting round. For this and the final round, all Bets/Raises double to match the high-end stakes.

6th Street: A sixth card is dealt face-up to all players. Another betting round takes place.

7th Street: Players are dealt a final card face down. The last betting round begins.

Showdown: All players who are still active in the hand (didn’t Fold) will reveal their cards. The highest ranking 5-card poker hand wins the entire pot.

With 8 players and 7 cards a piece, there may not be enough cards to deal the 7th Street. This is rare since many players will usually Fold out early, but if it happens, the 7th Street is dealt as a single face-up card for all players to use as their final card.