How to Play Backgammon

The rules of playing backgammon are relatively simple so learning how to play backgammon is a snap for most. While backgammon is an easy game to catch on to and play there are a ton of things you can learn in order to improve your backgammon game. But lets keep it simple and master the basics first. 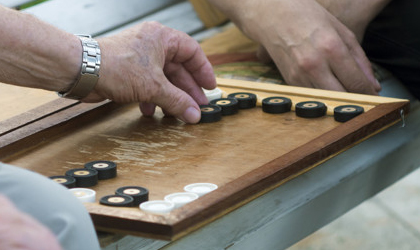 Backgammon is easy to learn to play. The Backgammon board consists of a series of spaces called points. These spaces on modern boards are usually triangles and they are arranged such that there are twelve points on each side of the board. These twelve points are further divided by the bar into two groups of six, one being the home board and the other being the outer board. Each player gets a side of the backgammon board.

Each Backgammon player has their own set of dice in ideal situations. To choose which player moves first, each backgammon player will roll one die, the highest roller going first. The first move uses the dice as they were rolled and that player moves any of their checkers the appropriate number of points or pips in the direction of your home board. Now you have to move your checkers according to the rules. In backgammon, you may move your checkers to any point not occupied by two or more of your opponents checkers. You may only move your checkers in intervals dictated by the numbers on the dice. For example, if you roll a four and a two, you may move one checker six spaces or one checker four spaces and another checker two spaces. Rolling doublets or doubles allows you to double your moves. For example, if you roll a pair of threes you may move three spaces a total of four times. This rule is very widely used.

A point with only one checker occupying it is called a blot. You can hit your opponents blot by landing on it and it is removed to the bar. Before your opponent can move any other checkers they must remove their checker from the bar. In order to move a checker back into backgammon play you must roll an appropriate number on one of your die that will allow you to land on your opponents home board. Once all of your checkers are off the bar you may move the rest of your checkers in normal backgammon play. 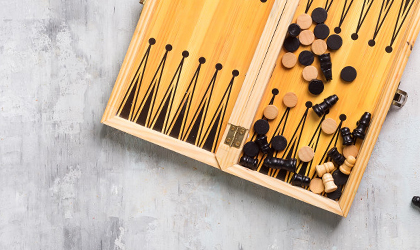 When two or more of your checkers are on a single point, you are said to own that point and your opponent cannot land there. Six made points in a row like this is called a Prime. Making a prime will effectively trap your opponent behind them since you cannot move more than six spaces at a time. A backgammon player who makes all six points in their home board will have a closed board.

If for example you make all six points in your home board, meaning you have two or more checkers on each of the first six points of yours and you hit one of your opponents blots, they will not be able to get their checker off the bar to resume their normal backgammon play until you break up your prime or closed board. This backgammon rule can be a very useful tool.

This single cube is said to be responsible for the popularity of backgammon betting today. The doubling cube is a single cube with the numbers two, four, eight, sixteen, thirty-two and sixty-four on each of its sides. At the start of the game the sixty-four is showing and the cube rests on the bar or off to the side. The doubling cube is used to keep track of the current stakes of the game when backgammon betting. In the beginning when the sixty-four is up, this signifies that the stakes are at normal. If at any time at the beginning of a turn before the dice are rolled, that player may decide to double the stakes of the backgammon game. If the opposing player does not accept this offer to double the stakes they must forfeit the backgammon game and pay whatever the stakes of that game were. If the player chooses to accept the double, they are now in possession of the doubling cube and only they may re-double the stakes. There is no limit to the number of times a games stakes can be doubled. 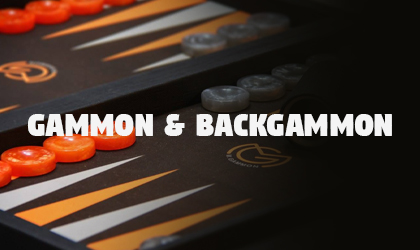