H.O.S.E poker is a mixed poker game of four different variants of poker. All variants are played throughout the course of a game or tournament changing between variants during specified determined time limits. The poker variants that are used are:

If you are not completely familiar with the previously named variants of poker, then it is not recommended to play HOSE poker. The game sequence and rotation of HOSE are that of the name. The rotation would be Texas Hold' Em, Omaha, etc.… after the sequence goes through it will then repeat. It will continue in this sequence until the game is complete. The rotation can be played out in one of three ways either by hand, by time or by blind levels.

The rotation by hand is a fast paced game; players must pay attention to the hand and the current variant. The rotation by time means that after a certain amount of time the game variant changes. The rotation using blind level's changes as the blind level increases. To keep yourself from getting confused to make sure you understand the rotation that is being used. When you are confused about the rotation it is easy to make mistakes and those mistakes can cost you a hand. 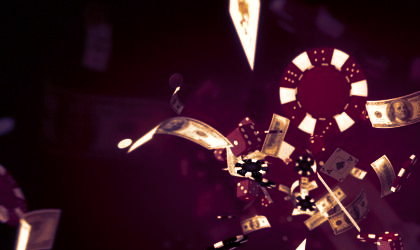 For H.O.S.E poker the rules rotate with whichever variant you are using, the following are the rules for each variant.

Texas Hold' Em: The players are dealt two cards face down going clockwise from the dealer, small blinds and big blinds are in play and the bets are placed by the players starting two from the left of the dealer. The game is played as a normal Texas Hold’em game with the 4 getting rounds and a flop, turn and river. Best five cards win.

Omaha Eight or Better (hi/lo): This is also a community based card game with rules just like Texas Hold’em. The only difference is that you must are dealt 4 cards in the beginning and you must use two of them in your final 5 card hand. The pot is split between the highest and the lowest hands at showdown.

7 Card Stud Eight or Better (hi/lo): The rules to this are very similar to the rules for regular 7 card stud. The betting rounds and the number of cards dealt are the same. The difference is that at showdown, the pot is split between the best high hand and the best low hand.