How to Play Omaha Poker

It goes without saying that Texas Hold ‘em is one of the most popular poker games in the world. There are a wide variety of other poker games though that can also be played and each has their own skill set to master. One of these alternatives, is called Omaha Hold ‘em and though very similar to Texas Hold ‘em, there are subtle differences that make puts this casino poker game in a league of its own. 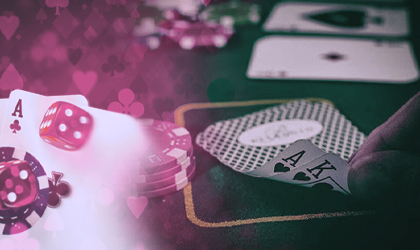 Omaha is a community based card game; where the players are dealt four cards face down to begin a round. Although there are four cards in the player’s hand, he can only build a hand out of two of the four, and must combine them with three of the five community cards that are dealt Texas Holdem style in the middle of the table. This can make for a very complicated game, but allows for greater freedom for those that have the strategies mastered.

Omaha poker is said to have originated in the Golden Nugget Casino and was brought in by executive Robert Turner. The basic Omaha poker rules are simple; a player tries to make the best hand using the best five cards (2 of his and 3 of the dealers) out of the nine cards dealt per round.

After the blinds are bet, each player gets four cards. At this time each player can bet, raise or fold. The betting starts with the first player to the left of the big blind. After all bets are made, the dealer deals three cards face up on the table, this is called the flop. After this, another round of betting occurs and this time it starts with the first playing remaining in the game sitting to the left of the dealer.

After the conclusion of that round, one more card is dealt face up called the turn. Again another round of betting and then the final card is dealt face up, the river, followed by the last round of betting. The remaining players then show their hands and the best 5 card hand wins. After the winner is determined, the dealer button is moved one player to the left, cards are shuffled, blinds are bet and the next round begins.

There is one major Omaha poker rule you must keep in mind while playing. It is important to remember that you can only play two cards out of your original four cards dealt to you. This means that if you are dealt four cards of the same suit, you still need three of that suit to be dealt in the community cards to make a flush. This goes for a straight and any other combination of winning hands. As the rules state, the player must use three of the dealers cards and only two of his own.