Much like in sports, every opponent isn’t the same. Each poker player has their own style. Some poker players are difficult to beat. Others are a piece of cake. I’m going to teach you how to spot the 7 most common basic types of opponents and explain how you can beat them. Let’s go! 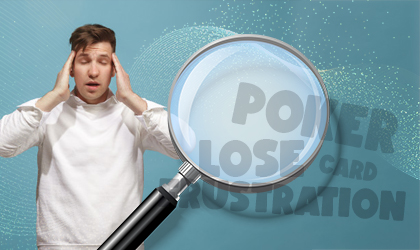 It seems like every table has that one player that just can’t fold weak pairs and loves to call off his chips on marginal hands. These players are extremely frustrating when you’re card dead. However, they’re usually quite easy to beat. All that is required is some patience and aggressive betting when you have a big hand. Just be patient and wait for a big hand against this player. Always bet big when you have the goods and don’t try to bluff. They’ll eventually pay you off.

THE PLAYER ON TILT

A good poker player can become a bad poker player when on tilt. If you spot someone at the table that angry about a bad beat and unable to control their emotions…pounce! Finish them off. Players on tilt will often ship it all-in with garbage hands or chase draws they know they shouldn’t because they’re desperate to win their money back quickly. You should overvalue hands such as top pair with a weak kicker against a player on tilt because these players often bet with anything.

THE “I CAN’T STOP BETTING” OPPONENT

Ever get annoyed of players that are habitual bettors? You know they’re betting with junk most of the time. Don’t get annoyed. Instead, take advantage of their lack of discipline. Let them bet constantly. Fold marginal hands in small pots. Let them take down the small pots while you wait for an opportunity to snag a big pot. Don’t bet out when you have the goods. Let your opponent fire at the pot and then check-raise. Unless that opponent happens to be Tom Dwan. Then just stay away!

THE “I CAN’T FIND A HAND I LIKE” OPPONENT

The opposite of the habitual bettor is one that doesn’t seem to find many hands they like to play. These opponents can also be annoying because they don’t bring any action to the game. However, they are easy to beat, although it’s difficult to get many chips out of them. If a super tight player bets, unless you have a monster, you should fold. You should constantly pick on these opponents because they will fold unless they have the nuts. 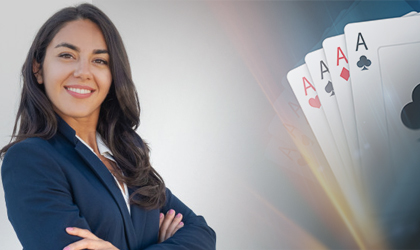 Continuation bettors are becoming more and more common in poker. A continuation bettor is one that raises pre-flop and almost always bets out at the flop regardless of what hits the board. These opponents are often difficult to figure out on the flop. They could have a strong hand or they could have King-high. The way to play against these players is to call, if you’re in position, on the flop regardless of whether or not you connected. Most continuation bettors give up on the turn if they missed the flop and got called. So when they check back to you on the turn, you have a golden opportunity to bluff. Now, if they fire a second bullet on the turn, muck your hand.

You aren’t going to make your money against the solid pros. In fact, you should avoid getting into big pots with them. But you shouldn’t avoid them completely. The thing with pros is they are the easiest to bluff. They don’t mind laying down a marginal hand in a small pot because they know they’ll eventually win that big pot. So your strategy should be to bluff at the smaller pots and avoid playing big pots unless you have the nuts. Pick on the weak players, not the pros.

This is another solid type of player that is difficult to face. They don’t play a lot of hands but, when they do play a hand, they play it aggressively. No small bets. No free cards. If they hit, they are going to make you pay to stay in the pot. I won’t call off many bets against this type of player unless I have the goods. I don’t like chasing draws against them unless I’m getting good odds. But if the tight-aggressive player checks to me, I’m going to bluff at the time pretty much every time.