The game of Jai Alai originates from Spain, over 3 centuries ago, where it was called "Pelota Vasca" and commonly played against church walls. It was brought to Cuba in 1898, where it was given the name Jai Alai. In 1926, Jai Alai was introduced as a professional sport at the Miami Fronton. Presently, there are more Jai Alai Frontons in Florida, USA, than anywhere else in the world.

The name "jai alai" comes from the Basque language, meaning 'Merry Festival'. The term refers to the open-wall arena, called a fronton, used to play the game, and a variety of other Basque Pelota games - Cesta Punta in Spanish. The Basque Government promotes Jai Alai as "the fastest game in the world", as the ball is hurled from a wicker basket at speed as high as 188 miles-per-hour (302 kilometers-per-hour), as recorded August 3rd, 1979, by José Ramón Areitio at the Newport Jai Alai, Rhode Island, USA. 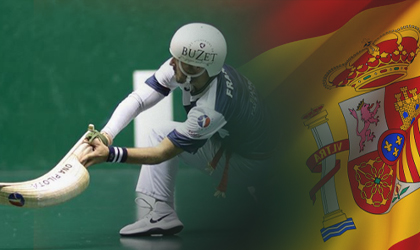 The wicker-basket glove, known as "Xistera" in Basque and Cesta-Punta in Spanish, was first introduced by Saint-Pée Frenchman Gantchiqui Dithurbide in 1860. A longer version of the glove was later introduced by Melchior Curuchage of Buenos Aires, Argentina in 1888.

In the early 20th century, Jai Alai was sweeping the globe with popularity. Jai Alai was played in Argentina, Australia, Brazil, China, Colombia, Cuba, Egypt, Indonesia, Italy, Macau, Spain, the United States of America and elsewhere. Since then, many Jai Alai fans have lost their enthusiasm. Miami and Dania Beach, both in Florida, remain the only full-time open frontons in the United States. In all, only 6 Frontons remain in the State of Florida. These can be found in Dania Beach, Fort Pierce, Hamilton County, Miami, Ocala (Orange Lake) and Orlando (Casselberry).

Travel to northern Spain between June and August and you'll find some of the feistiest professional jai alai action as players from around the world gather to compete in head-to-head matches, know as partidos. Nearly every night of the week, these partidos can be found ongoing from the northern corner of Spain to the south-west tip of France.

Jai Alai made it's way into the Olympic Games on several occasions, first in the 1924 Olympics held in Paris, and most recently in Barcelona, Spain, during the 1992 Olympics. China saw the foundation of jai alai frontons in both Shanghai and Tientsin by 1934, but the game's brief success came to an abrupt end due to World War II and the communist government. 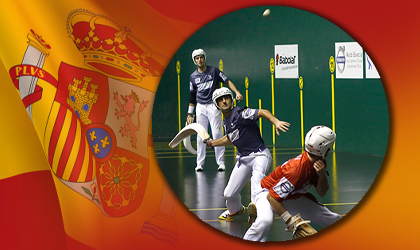 The US state of Texas has plans underway to reinvigorate the sport of Jai Alai by constructing a Jai Alai Fronton, due to open in 2009. Located in the city of Plano, just north of Dallas, TX, the stadium is projected to seat 12,000 spectators. According to reports, Texas has already contacted the Federation of the International of the Basque Ball, seeking to house the 2010 celebration of the Championship.

Here are a few interesting facts about the history of Jai Alai. The youngest professional player of the sport was Piston I, who's career began in 1922 in Madrid, Spain at the ripe old age of 9. Aside from this phenomenally young player, training for jai alai usually starts between the ages of 8 and 10, taking years to master before entering into Jai Alai on a professional level. Last but not least, the jai alai ball, known as the "pelota", is the hardest ball used in any sporting event. Approximately 3/4 the size of a baseball, the rubber ball is shrink-wrapped in two layers of goat skin, said to be harder than a rock. The life-span of a single pelota ball averages 20 minutes of play due to the extreme velocity at which it is blasted against the fronton wall, eventually splitting open and requiring a replacement pelota.