Every year, almost without fail, the jockey who takes home the coveted Eclipse Award that recognizes North America’s outstanding jockey thank the owners and trainers they ride for and the horses that they rode.

All three are certainly important, although it can be argued that it’s the horses that make the jockeys and not the other way around.

Common racetrack belief is that jockeys count for about 10 percent of a horse’s performance in a race – certainly an unscientific number and one that’s simply passed on from generation to generation like many things at the racetrack. A bad horse, or a horse that’s running over its head, can’t win some races regardless of the man or woman on its back whereas a good horse trained perfectly and well spotted can win in capable, and not necessarily perfect, hands. 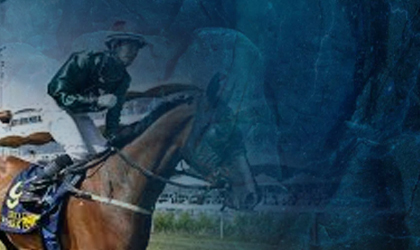 Obviously there are exceptions to the above statements. One example is Mine That Bird, winner of the 2009 Kentucky Derby at odds of 50-1. Calvin Borel rode Mine That Bird for the first time in the Kentucky Derby and guided the Canadian-bred colt to the back of the field in the early stages. They started to make progress around the far turn and passed rivals while running up the inside along the rail. Borel guided Mine That Bird through a very small opening on the rail in the stretch, a move he was widely credited for and one that undoubtedly won the race.

No two riders are the same, nor do they make the same decisions. Not many jockeys would have made that move up the inside like Borel, so Mine That Bird certainly benefited from the savvy ride of his Hall of Fame jockey.

The best jockeys in the world undoubtedly benefit from getting the best mounts in races, whether they are stakes races or everyday contests. Part of the reason they wind up on the best horses is past success, either with specific owners and/or trainers or on other horses. Jockeys employ agents to secure their mounts and the agents receive a percentage of the winnings if the horses their clients ride finish in the money.

The best jockeys also wind up on the best horses because they do their homework, whether it be riding for trainers on horses scheduled to breeze in the morning (often without any financial compensation), studying a horse’s past races using race replays and past performances and because of raw talent.

Much like horses and trainers, jockeys tend to excel in specific races. The beset riders are excellent judges of pace and some are dangerous when paired with a front-running horse in a long race on the dirt, whereas others can judge the early speed in a race, wait toward the back of the pack and coerce their mount to sprint home in a grass race.

Jockeys typically receive 10 percent of the purse money earned by a horse in a race, typically paid to the first four or five finishers. Other times they receive a mount fee that can range from $50 to $150, depending on the state, track and type of race.