Who is really insane among us? People in insane

asylums or those who wage war and kill one another?

KING OF HEARTS makes you wonder. 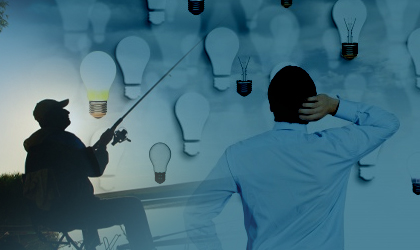 These days because of the global health crisis, people have a lot of time on their hands. They have opportunity to pursue old hobbies like fishing or gardening.

In my brother's case, he makes wine. It's good wine, a talent heaped on him by our late father.

It drives him crazy that I don’t help him, but wine making is his talent. I spend a lot of my spare time writing on the Internet. It’s an extra source of income and it brings out the creative side of me. Who knows -- if this outbreak thing drags on long enough, I may write the great American novel.

I also spend a lot of my extra time watching foreign sub-titled films. One of my favorites is a World War 1 film starring Alan Bates and Genevieve Bujold. He plays a Scottish infantryman who is assign by his squad commander to dismantle a bomb that the Germans had set to destroy a French village.

The movie has a wonderful side plot wherein the inmates of an insane asylum are accidentally released and free to roam wherever they want and assume whatever roles they choose. Well…

…they choose peace, not war, making you wonder just who the crazy people really are. KING OF HEARTS is a delightful whimsical comedy that will remain with you long after the final reel is show.

I told a friend of mine, Virginia, about it and she dug it up and somehow sent it to me. It was delightful to see it again and I think Virginia for her thoughtfulness. One of my favorite parts of the film has Bates frantically trying to figure out where the massive bomb is hidden.

He tells Genevieve, a pixie young beauty dressed in an acrobat’s outfit complete with fake wings:

"Do you realize we have only 15 minutes left to live?"

And she answers with a smile: 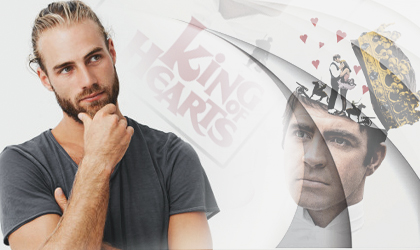 We people do tend to take life for granted, don't we?

Perhaps we need moments like this to show us how valuable life and the things we take for granted really are. I know KING OF HEARTS is a gentle reminder for me every time I see it.

I am still trying to get a semblance of normalcy into poker games, whether they are in Las Vegas, Jacksonville, FL., Washington, PA. or Phoenix, AZ.

Oh, well. Such is life. I think I’ll pour myself a cold glass of lemonade and just think about it.