Maryland Keno is drawing more players daily because it's so easy and so much fun. Players can automatically win as much as one hundred thousand dollars ($100,000). Maryland Keno even offers the player a chance to multiply their winnings up to ten times making their total cash prize potentially up to one million dollars ($1 million) by playing Keno Bonus.

Playing Maryland Keno is as easy as picking numbers and matching them literally. Players have a field of numbers from one to eighty (1-80) in which they may choose up to ten numbers. Every four minutes a computer randomly generates twenty numbers and players win larger cash prizes by matching more numbers. 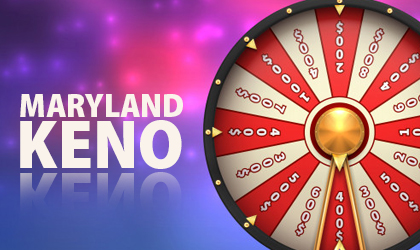 The terminology for playing keno is as follows. The numbers you play are called spots. For example, if you played a one spot keno game, you would have only picked one number. A two spot game would involve the player choosing two numbers. Three spot game players choose three numbers. And so on up to ten numbers, which would be referred to as a ten spot game.

Players who choose to play a one spot game with a one dollar wager will win two dollars if they match their number. The overall odds of winning are approximately 1:4.

Four spot players overall odds of winning are approximately 1:3.8. By matching two numbers, players will win one dollar ($1). Players matching three numbers will win five dollars ($5). A fifty dollar ($50) cash prize will be awarded to players who match all four numbers in a four spot game on a one dollar wager. 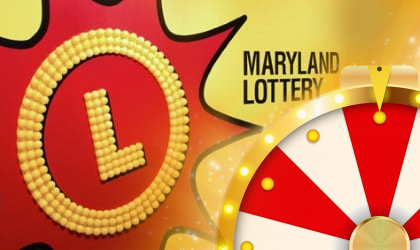 Players can win up to twenty five thousand dollars ($25,000) by matching all nine numbers in a nine spot keno game with only one dollar. Twenty five hundred bucks ($2,500) goes to players who match eight of the numbers. Matching seven numbers wins a cash prize of one hundred dollars ($100). Twenty dollars ($20) goes to any player who matches six of the winning numbers. If you match five numbers you will win five dollars ($5) and you even win two dollars ($2) if you don't match any numbers at all. The odds of winning a nine spot keno game are 1:9.75.

Keno players in Maryland can now up the ante, so to speak. Players can multiply their winnings by either three, four, five or ten times. To do so, players simply mark the appropriate box on their game slip and pay double the wager. For example, a one dollar wager taking advantage of the bonus spin feature would pay two dollars. You should play this way every time you play for your chance at winning a million dollars ($1 million).

As you can see, playing Maryland Keno is not only fun and exciting, but very rewarding as well. With all that money to win it's no wonder so many players enjoy Keno. To check your winning numbers be sure to go to www.mdlottery.com