Sit n go’s can be highly profitable online, especially the low limit games. The reason they are so profitable is because the players are so bad. Most of the players at the lower limit SNG’s simply don’t have any concept of proper single-table tournament poker strategy. They either play too tight or too loose. That’s good for you because after you learn these 5 tips, you’re going to start crushing the low limit SNG’s online. 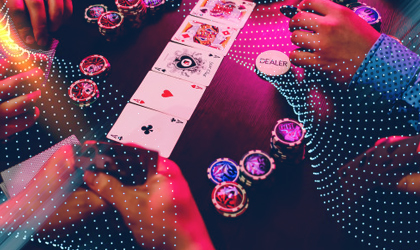 Playing too many hands will lead to an early exit from the SNG more often than not. But playing too few hands will leave you desperate for chips once the blinds get high. You need to find a middle ground. What I do is stick to playing premium hands in early position and then mix it up a bit in late position. That way I’m only playing out of position on the flop with strong pre-flop hands and in position to bluff with my weaker pre-flop hands. Position is the key in SNG’s.

2. ALWAYS RAISE ON THE BUTTON IF EVERYONE ELSE HAS FOLDED

You should never just fold your button if the players before you all folded. Don’t just let the blinds take down the pot. Blinds are valuable chips in SNG’s. I don’t care if you have 2-7 or A-K, you should always raise in this spot. Even if the blinds call you, you’ll be in prime position on the flop. If you’re not willing to be aggressive in position, you won’t have success playing SNG’s.

Continuation bettors can be a royal pain in the butt sometimes, but this is the right way to play SNG’s. Like I said, aggression pays off. If you raised before the flop, you should always bet the flop even if you completely miss the board. It doesn’t matter if you’re holding Q-J and the flop comes 9-3-7. You need to bet at it. Remember, your opponents are going to miss the flop more often than not. Sometimes you will get called or raised, but you can’t worry about that. You have to be aggressive. If you raised pre-flop, you have to fire at the flop. Checking is a sign of weakness in this spot and will make it nearly impossible to win the hand unless you hit something on the turn.

4. LIMP-RAISE IN EARLY POSITION AT AGGRESSIVE TABLES WITH ACES AND KINGS 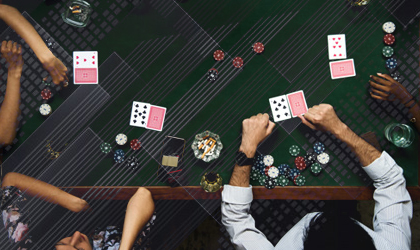 There are certain SNG tables that extremely aggressive. If you are at a table where a raise and possibly re-raise occur pretty much every hand and you have pocket Aces or Kings in early position, just limp. Let someone else raise and then re-raise big. For example, let’s assume the blinds are 25/50 and I have 1,500 chips in this spot. I will wait for a player behind me to make a standard raise (150) and then re-pop it up to about 650-700. If the original raiser or other players in the pot are very loose, I might even just shove all-in. This is a golden opportunity to double up. If the table is tight and the others aren’t doing much pre-flop raising, you should put in a raise right from the start. No need to slow play here.

5. DON’T TRY TO FOLD YOUR WAY INTO THE MONEY

Again, I am going to stress fearless aggression. You simply can’t be afraid of busting. Many players try to fold their way into the money as the table gets close to the bubble. Don’t do that. Remain aggressive. Other players will be playing tight so you can take advantage of them. Play for first place, not just to cash. You’ll end up bubbling every now and again with this strategy, but you’ll end up winning a lot more in the long run if you follow this advice.