Pot Odds: What They Are and Why You Need to Know

Let’s say your opponent places a bet, you put him on a superior hand to what you currently have. Is the right play to fold? In some situations, yes. In other situations, no. Based on how I described the hand, we don’t have enough information. Now let’s say you are holding Js-Qs and the flop is 10s-3s-4h. You put your opponent on a hand such as A-10. You’re behind at the current moment because your opponent has a pair and you don’t yet have a made hand but, in most cases, the right play is going to be to call or even raise.

Every decision you make should be based on pot odds, whether you’re betting, calling, folding, or raising. In the above scenario, you don’t have the best hand on the flop, but you have 15 outs (9 flush cards, 3 Jacks, and 3 Queens). That’s quite a few outs. You won’t win every time. In fact, you’ll lose about 45% of the time, but you shouldn’t be worrying about short-term wins and losses. That’s where pot odds come into play.

If you play the odds, you will end up ahead over the long run. So let’s go back to the above hand once again. Your 15 outs will win about 60% of the time and lose 40% of the time. That isn’t exact math but you are going to win over the long run if you make the call. Now let’s say the turn is a 10c. That’s a horrible card and changes everything. You now have 8 remaining outs (8 flush cards are good as the As would give your opponent a full house). You’re now a little better than 16% to win (8 outs times approximately 2% per out on the river).

If your opponent bets out, your new decision should be based on the current pot odds. So if there is $100 in the pot and then your opponent bets out $50, you will be getting 3:1 on your money ($150 total in pot divided by $50). Now you need to calculate pot odds to determine if a call or fold is correct. In order to break even over time, with pot odds of 3:1, your hand needs to win at least 1 in 4 (3+1), or 25% of the time. As we’ve already discovered, your chances are lower than 25% to win this hand. That means, mathematically, you should fold. On the flop, your hand was the favorite and was worth a call. On the turn, you got a horrible card that changed the odds, making a fold the correct call. 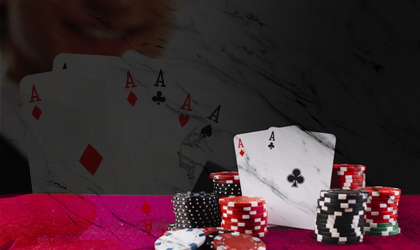 There are a couple of situations where making decisions strictly on basic math doesn’t matter. The first scenario is in tournament play. In tournaments, the correct play is often to fold even when getting the right odds so as to not risk going bust. When playing a tournament, you must fold certain hands in order to survive. In a cash game, playing the odds is the right play because you can always rebuy.

With that said, you do need to calculate pot odds during tournament play. However, when forced to put all or a large chunk of your stack at risk, pot odds should often be thrown out the window. Another scenario in which current pot odds isn’t the be all end all for making decisions is when you have implied odds. This is when you aren’t getting the correct odds to make a call but, if you hit your hand, have a good chance of winning a massive pot, making it a correct decision to call.

Here’s an example. Let’s say you have a flush draw on the turn and your opponent has a set. You both have big stacks. Your opponent throws out a big bet on the turn, giving you poor odds to call. You mull over the decision before making the call on the basis that hitting a flush that doesn’t pair the board on the river will win you a huge pot.