Hundreds of racetracks around the world conduct thoroughbred racing, including more than 100 in North America, from the far eastern portion of Massachusetts, to the upper northwest portion of the U.S. in Washington, and the far west corner of the continent in British Columbia.

The differences in racetracks in North America are as different as the horses that compete on their dirt, turf and synthetic surfaces. In a lot of ways racing, and racetracks in particular, are a lot like professional baseball’s tiered system of leagues.

Major League Baseball is the top of the baseball world, with 30 franchises recognizable to just about anyone with the slightest interest in the game and sports in general. A notch below MLB is Triple A, where players are a phone call away from the big show and nearly on par from a talent standpoint with players in the majors. The levels go down from there: Double A, Single A, short season Single A, rookie leagues, independent leagues and others. 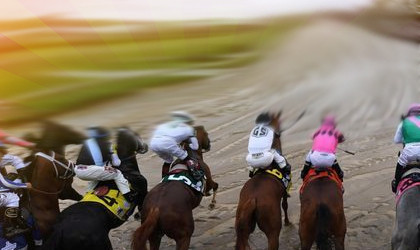 Horse Racing isn’t all that different, with the best of the best in the game often found at small concentrations of historic tracks that offer the largest purses, prestigious stakes races and state-of-the-art facilities.

In North America the most high profile racing is conducted by the New York Racing Association at Saratoga Race Course, Belmont Park and Aqueduct, in Southern California at Santa Anita Park and the Del Mar Thoroughbred Club, in Kentucky at Churchill Downs and Keeneland Race Course, in South Florida at Gulfstream Park.

The next step down the ladder are tracks that offer very competitive races and slightly lower purses, including Woodbine in Toronto, Monmouth Park in New Jersey, Laurel Park and Pimlico Race Course in Maryland, Delaware Park in Delaware, Arlington Park and Hawthorne Race Course in Illinois, Turfway Park and Ellis Park in Kentucky, Golden Gate Fields in Northern California, Fair Grounds and Louisiana Downs in Louisiana, Oaklawn Park in Arkansas, Indiana Grand in Indiana and Tampa Bay Downs in Florida.

Some racetracks offer year-round or nearly year-round racing, which typically make those facilities insular and with the same population of horses, trainers and jockeys. Tracks such as Parx Racing and Penn National Race Course in Pennsylvania and Charles Town Races and Mountaineer Race Track in West Virginia fit this criteria, although they do offer some major stakes races at points of the year that attract horses and horsemen from outside the circuit.

Other tracks offer short meetings or even just a single day of racing per year. Kentucky Downs runs a short five-day meeting each September, with all of its races on the grass for lucrative purses. The tiny Nebraska track Lincoln Downs runs only a single race each year; enough to satisfy its agreement with state lawmakers to allow year-round wagering on races simulcast from across the country.