said a sucker is born every minute. He must have been

Slot machines turn up in the weirdest places. They draw people like a magnet draws metal.

I remember seeing my first slot machine when I was about 10 years old:

My Aunt Annie was hooked on them. She, her husband Uncle Ott and my parents belonged to the Loyal Order of the Moose, a Moose Club that had lodges in Sutersville and West Newton, just three miles down the road.

Both of the clubs had slot machines to entertain their members. The machines contained one of the oldest slot machines ever invented -- the Liberty Bell.

Charles Fey was a cigar-smoking San Franciscan who was an inventor and who tinkered with machines. He was also a bit of a gambler. He would retire to his workshop and pound on things trying to make them work. And one day he created something that sealed his fortune and made his future. 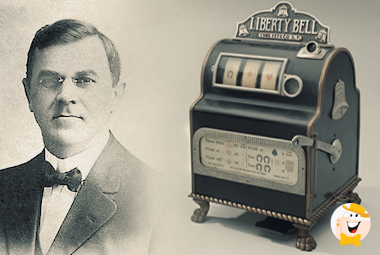 Fey was one of 21 children who traveled a lot. His father was a sexton in a cathedral born in Europe. The family traveled to California where young Fey perfected the first three-reel slot machine that was instantly accepted by the gambling world.

His first machines were played with nickels. At the start, they had an innocent appearance. They would be placed in mercantile stores, taverns and shops and offer free drinks if certain combinations of symbols came up -- three bells, a flush, or horseshoes.

The free drink payoff was only to thwart law enforcement officials. Players were generally paid off in cash.

The popularity of Fey's slot machines soared and orders came to him from all over the country. He would place them in waterfront saloons and other business franchises and split the take 50-50 with the establishment owners.

A Chicago tycoon named Herbert Mills heard about the Liberty Bell. He admired the popularity of Fey's three-reel invention. He was the leading maker of another brand of slot machine that would display all the symbols on one large wheel. He made a deal with Fey and signed an agreement to mass produce the Liberty Bell.

Law enforcement officers generally looked the other way when the slot machines appeared in their jurisdiction. They pretty much accepted the argument that the payoffs were in drinks or cigars rather than money, and the machines continued to be accepted by the public.

The slot machines were even included as fortune tellers in music boxes, another popular attraction in the 19th century. A placard would often be placed on the machine that stated:

'This is not a gambling device,'

…but customers quickly caught onto the ruse even if the police didn't. 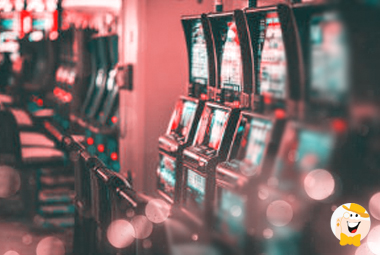 Today these antique slot machines can be worth a lot of money. They were dressed up as music boxes, clocks, jewelry cases and even gum machines. One was crafted as a small roulette machine. They were amusing, entertaining, and they all made money for the House!

The Victor was a device that offered 'free cigars.' It could be played for nickels or pennies and would spread a hand of cards to create random poker hands. The Silver Cup was another machine. It was a handsomely decorated invention that paid off when the player's colors matched up between arrows.

There were inventions with color wheels that could be rigged by the owners to make the payoffs slim and far between. Cricket was a clever device that challenged a person to bounce a nickel through rows of pins with springs into a dollar slot. When the player won, it was a rare occurrence.

Quintette was a large masterful machine that would tease a player by showing a winning poker hand in one of the five windows he failed to choose. Too bad, sucker.

Then there were the Triplet machines:

Large ornate slot machines that were beautiful to observe. They let the owner run three gambling games while paying for only one license fee. One thing the devices were never without was a slot to drop the money.

Any time you enter a casino, you will be surrounded by slot machines. They are cleverly designed to talk to you, whistle at you, and even play music while forming symbols to draw your attention.

The one thing they DON’T do is spit out money.

The Liberty Bell slot machines did that. Even as a child I was fascinated to watch the nickels, dimes and quarters spew from the mouth of my aunt's or my mother's favorite slot.

Hopefully some casino owner will bring back that relic of the past.