I first discovered the world of quarter horses when I worked as sports editor of the Tucumcari Daily News in Tucumcari, N.M.

Tucumcari was the home of Elkhorn Drug Store and Museum owned by Herman 'Corney' Moncus. His brother was Claude Moncus, sheriff of Quay County, N.M., and he had a good-looking daughter named Lynne who also taught school.

There was a riding stable in town and being an erstwhile bachelor who liked good looking women, especially if they were literate, I took Lynne horseback riding a couple of times.

We rode through jackrabbit country up a winding trail to the top of Tucumcari Mountain where it was rumored Billy the Kid and Blackjack Ketchum, two outlaw pals, would hole up in a cave to keep out of the clutches of the law. 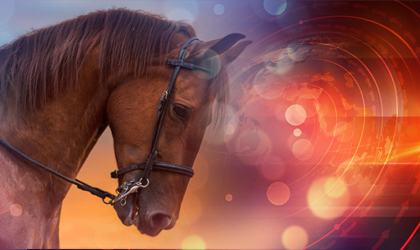 Lynne was a good historian and regaled me with tales about old New Mexico and the history of Quay County. She had me rolling with laughter by telling me jokes, most of them true, about Fred White, the municipal judge who held court daily in the city hall complex.

"Did you know one of his relatives was a horse thief," Lynne asked innocently as our horses trotted up the mountain.

"I believe it was his grandfather. You should ask him about it."

The following morning, I paid my usual 10 a.m. visit to Judge White's courtroom. He was in his usual chair, reading the Tucumcari Daily News. His wife, who was his assistant, had just finished brewing up a pot of coffee. She was known for making coffee so strong it would make a spoon stand up straight.

"Mornin', Mr. Editor," Judge White said in his raspy thin voice. "Have a cup of my wife's coffee. Be careful. It'll calcify your liver." His wife gave him a blood-curdling look.

I settled back with my cup of steaming black coffee.

"Judge," I said, "I just heard a rumor about you and simply want to check it out. Is it true that your grandfather stole horses?"

Judge White sipped his coffee. He was bald with a tuft of white hair above each ear. When he spoke, his false teeth clacked.

"Well, Mr. Editor, I'll tell you the truth but I don't expect you to publish it. He didn't steal many."

Tucumcari was a colorful town full of interesting characters. Most of them like Jimmie Randalls, owner of a quarter horse ranch in nearby Montoya, N.M., would drop in to the Elkhorn Drug Store for a cup of Folger's Coffee. This was 1959 and Corney advertised it on billboards between Albuquerque and Amarilly for five cents a cup.

Randalls was a slim horseman who staged quarter horse shows around the area. As he passed me, he invited me to a show at his ranch the following Saturday. He had invited quarter horse owners from all over the Southwest, he said, and he was flying in a load of jumbo shrimp from Louisiana.

"We're going to auction off some of the top quarter horses in New Mexico," he said.

"If that bores you, I can guarantee you the women won't. I'll have a band playing for dancing and they'll be playing until midnight."

I thought the gathering would make a good story for my newspaper and promised Jimmy I would be there.

Montoya was less than 20 miles west of Tucumcari and I arrived there around 1 p.m. Cars without state plates were parked all around the ranch house.

Jimmie was staging a demonstration on a quarter horse in a corral surrounded by people in fancy western garb. He sat tall in the saddle with his arms crossed, using his knees to control his horse as he cut a cow out of a small herd. The horse's movements were so smooth if Jimmy had been smoking a cigarette, I don't think he would have lost an ash.

The shrimp was delicious and there was plenty of champagne, scotch and wine served that afternoon and evening. The band started playing around 4 p.m. and the ranchers' daughters and nieces came out in all their finery. I danced with beauties from Dallas, Fort Worth, Ruidoso and Phoenix. 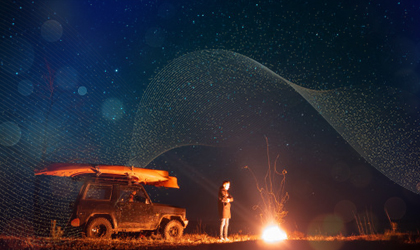 It was past midnight when I left Randalls' ranch. He and his wife Dorothy were very gracious and invited me to come back to the ranch any time I pleased.

Over the next year, I returned to their spread several times to enjoy the cutting horse competition as well as the barbecues and other cowboy events Jimmy would stage.

James Thomas Randalls was born on March 14, 1926 in Snuder, TX. After graduating from high school, he was attending Texas Tech when he was drafted into the U.S. Army. He served as a combat infantryman during World War 2 and fought in the Battle of the Bulge.

Following his honorable discharge, he returned to Texas. He and Dorothy Riley were married in 1949 and had two children, Jina and Richard. They bought a ranch near Montoya, N.M. where Randalls became an outstanding rancher and breeder of quarter horses. He turned his quarter horses into outstanding cutting horses. In 1952, he purchased Poco Dell. The stallion an American Quarter Horse Association champion.

I stayed with the Tucumcari Daily News for a year and enjoyed the friends I made in Quay County. After that I worked on other newspapers in Clovis, Hobbs, Roswell and Las Cruces, but Tucumcari and people like Jimmie Randalls, Corney Moncus and Judge Fred White will always occupy a special place in my heart.