The Prince Of Poker

Life is not a rocket ship, even if you are high on cocaine,

alcohol and marijuana. Scotty Nguyen, a native of Vietnam,

discovered this and is still learning.

He was born in Vietnam and his childhood was filled with the sound of exploding mortar shells and rockets. At 14, his mother made a heart-breaking decision. To save Scotty Nguyen from the war, she sent him from their home in Nha Trang to Taiwan to live with relatives.

At 14, Scotty moved to Orange County, CA. and became an American citizen. The Vietnam experience had hardened him and he began playing poker in high school. Teachers were troubled by his refusal to play by the rules and he was expelled.

No matter: Nguyen was marching to another drumbeat. 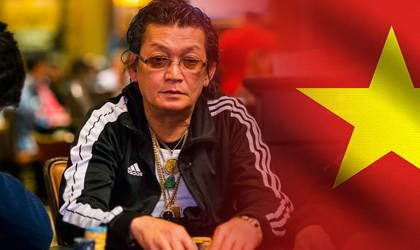 When he turned 21, he enrolled in dealer school in Las Vegas and became a dealer at Harrah's Casino.

He dealt poker during the day and played $3-6 stud at night. Admittedly, he says:

"I was a fish and they cleaned me out, but it was fun."

He got into the habit of accepting the free drinks the casino furnished and became an alcoholic. He also developed a habit of using cocaine and marijuana. Scotty was riding high.

His game improved and he accumulated a bankroll of $7,000. He moved to Lake Tahoe and was hired to deal in a No Limit Hold'em tournament.

He started playing in bigger cash games and larger tournaments and was able to build his bankroll to $1 million.

Then he blew it.

Scotty doesn't remember how it happened, of course. When you're caught in an alcohol-cocaine fog, it's hard to recall the important things of life.

No matter. Scotty had $5,000 left and he moved into a cheap rented room. His addiction to drugs and alcohol grew more intense.

He managed to blow that and a year later a friend named Mike Matusow lent him one third of his buy-in for a satellite tournament. Nguyen won it, won the main event, and paid Mike one third of $333,000. He was back in business.

I remember playing in tournaments that Scotty entered in Las Vegas:

He was never without a bottle of beer, a smile and a quick quip to the other players. You couldn't help liking being around Scotty even when he became loud and obnoxious.

In one tournament, the board was 8-9-9-8-8. He went all in and told his lone opponent Kevin McBride, "You call, it's gonna be all over, baby." McBride called and Nguyen turned over a j-9. It was all over. 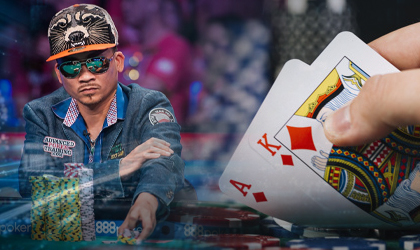 After winning a 1998 WSOP tournament, Nguyen was stunned to learn one of his brothers had been killed in a car accident in Vietnam. For this reason, he had never worn the diamond and gold bracelet he was awarded.

Nguyen played in a 1998 WSOP event and angered the tournament management and other players because of his out of control drinking. He insulted the competition and the cocktail waitresses. After the tournament, he made a public apology.

"I was wrong," he said. "There was no excuse for my behavior."

Scotty Nguyen has been given the nickname the Prince of Poker. It's a well-deserved title.

And maybe, just maybe, one of these days he will grow up and learn to smell the roses.