What do you do when a slot machine goes crazy and

pays you off every time you pull the handle? Why, you

collect the money and run. 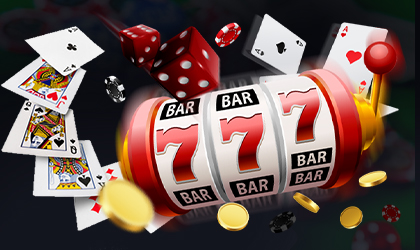 Just after you cross the Arizona-Nevada border on the way to Las Vegas you pass the Railroad Pass Casino. It's a long rambling building that resembles a Hollywood movie town. The casino isn't much -- just a collection of slot machines, a couple of dice tables, a roulette wheel and a restaurant that offers specials to lure in some customers.

I usually stop there for a food or drink break when I am driving to Las Vegas. I was driving by there with a part-time model named Diane when I spotted a sign that said PORTERHOUSE STEAK $4.99. I asked Diane if she was hungry and her eyes lit up.

There were half a dozen cars parked in front of the casino. The place was near empty except for a couple crowding around a video poker machine and an anxious security guard who was watching them like a hawk.

We ordered our steaks and I watched the couple. Their bodies blocked the face of the machine but I noticed something peculiar:

Each time they pulled the handle, they won, no matter what symbols came up.

I spoke to the security guard.

"What's wrong with the machine?" I said.

"It's busted," he said.  "And under state law there ain't a damn thing I can do about it. I gotta let them keep playing until they decide to leave. Or unless the machine runs out of money,"

We were in the restaurant about an hour. During that time period, the couple collected about $2,000 in winnings! 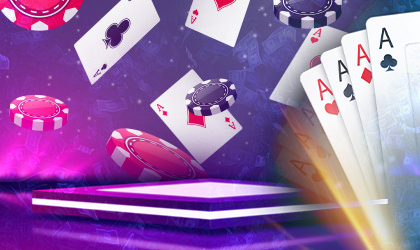 Finally, the machine ran out of money. The couple took their silver dollars and cashed them in. Diane decided to be cute.

"Can we play it?" she said in a too eager voice.

"Not ‘til it gets fixed, honey," the guard said. He hung an OUT OF ORDER sign on the machine.

And what is new in your life?

I drove to Las Vegas after the incident and checked in at Binion's Horseshoe where I had reservations. I asked Bennie Binion if he had any busted slot machines that kept paying off. He thought I was crazy and told me so. Diane won about $200 playing blackjack and I picked up about $680 playing poker .

We left the slot machines alone.

I have been waiting for a similar repeat performance, but so far nothing has happened.