The Lure of Slot Machines

Slots are king. They are the mother-load of gold for the casinos online and off. Even a superficial examination of the casino landscape will show this. For every billboard or webpage that extols a given table game or table-game option in the casinos, there are probably ten or more that extol the wonder of the machines. 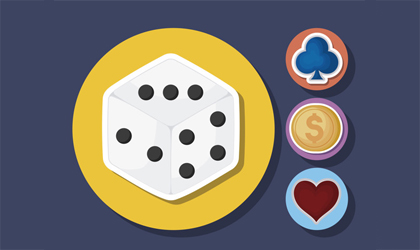 An alien from another planet, if he/she/it were reading the ads for casinos would think the following: Casinos are places where some famous humans sing or tell jokes or do magic and where all the rest of the nonfamous humans go to play with "loose" or "hot" or "high payback" machines with fanciful names. The alien, upon a close examination of the machines, would discover two very important facts. The first is that the machines are not really the heavy pieces of equipment that at first they appear to be but rather, second, they are sophisticated, computer-controlled devices with programs that determine everything that will happen inside and outside them. While slot machines deal in chance, nothing inside the slots -- either physically or in terms of the programming -- has been left to chance. They are marvels of design and the casinos can take the execution of that design to the bank -- which of course they do.

Most slot players approach the machines with awe and respect for the potential gold mines contained therein. Today's slot machines are programmed by computer to continually select a series of numbers at random, whether the machine is being played or not. The RNG or random-number generator (some writers call this the pseudo-random-number-generator) continually picks number series that correspond to the various symbols on the reels or to blank spaces. When a player puts in his or her coins and then either pulls the handle or presses the button, the computer spins the reels to tell the player which number series was "it" when that handle was pulled or that button was pushed. 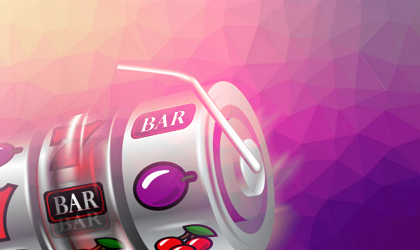 Many players believe that the independent spinning of the reels is the selection principle. Sorry, no. In the old days, the reels operated independently and spun until they stopped. In the old days, no one could predict where they would stop. Today, the reels will stop where the computer tells them to stop -- based on the number series that had been previously selected by the RNG for each reel. The reels have no independent action. They are being perfectly coordinated by the RNG and the computer. In fact, the spinning of the reels is merely a show, a diversion, an entertainment, as the reels could just as easily put up the symbols that have been selected immediately. Who knows but that in the future, as slot players become more attuned to the true nature of their machines, the spinning of the reels will become a thing of the past. Instead, you will put in your coin, press that button, and instead of waiting a few seconds for reels to spin, you will be told pronto whether you won or lost.

Since the modern slot machine is programmed to select number series at random, no amount of finessing of the handle can change what has been decided. Nor are there built-in win/loss cycles as some players believe. In any series of random events -- and the selection of the number series by the RNG is a random event -- all manner of bizarre patterns will develop. There will be machines so hot that will pay out for hours on end. Other machines will seem to be so cold that they could substitute for ice-makers.

And how are they programmed? The casinos cannot make money if they return to the player more money, or the same amount of money, that the player originally put in them. Instead, the machines return a percentage of the money put in them. 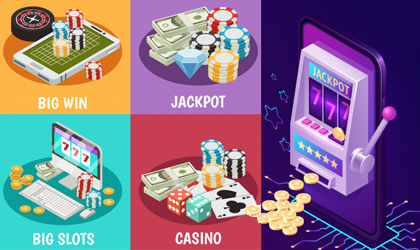 Thus, if a machine is returning 92 percent that means that in the long run of that particular machine's programming it will give back 92 cents for every dollar played. It keeps eight cents on the dollar.

Now, people would not play slot machines if every time they put a dollar in they got 92 cents back. What fun would that be? You'd be better off playing the change machine -- which is, after all, a 100 percent payback machine. Still the change machine is rather dull. You put in a dollar, you get back a dollar. Where's the fun in that? Where's the adrenaline rush?

Instead, the slot machines are programmed to return their percentages explosively. That is, sometimes nothing comes out and sometimes a hell of a lot comes pouring out. It is the lure of a great windfall (or even a little breeze) that excites the slot player. After all, inside the belly of that computerized beast are sequences that can make you rich, richer, and even richer than that - and the heart pounds with that knowledge.

And thus the casino can return its 92 cents on the dollar because it is giving us more than eight cents worth of anticipatory thrills with every dollar we plunk into the machine.