Things My Brother Won't Do

My brother and I have a lot in common, but there are

two things he won't do with me -- play poker or go

Let's face it. I am a pretty persuasive salesman, but there are two things I cannot convince my brother Legs to do:

He won't play poker and he refuses -- absolutely refuses -- to ride horses. 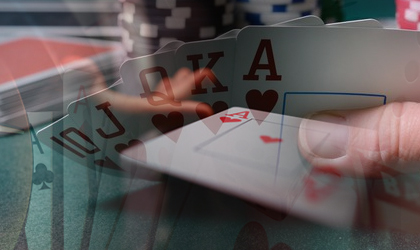 He has his own reasons I suppose for not wanting to play poker. He is a gambler but he limits his gambling to playing the slots. But I blame myself for his refusal to climb on the back of a horse.

It's totally my fault.

When we were kids living in a small town just south of Pittsburgh, PA., we did a lot of horseback riding at Kennywood Park, an amusement park about 12 miles from our home. We did the daredevil rides like the Pippin and those upside-down rides that make you upchuck your breakfast. Legs became a pretty decent ride and stayed up with me no matter how fast I rode.

But when we moved to Arizona, all that changed.

Now we were in the wide-open spaces. The desert country was full of rattlesnakes and a few mountain lions. And the horses were a lot wilder and faster than the plodding nags at Kennywood Park.

I had a friend named Doyle Williams who owned a riding stable at the foot of South Mountain. Doyle was a real cowboy who ran a bull riding school where his son Eddie was studying to become a brahma bull rider. He always had a couple of horses available for my brother and me and he usually didn't charge us.

We went on a Saturday ride and roamed the hills in South Phoenix for the better part of an hour. When it was time to head back to the corral, I kicked my horse into a gallop. That turned out to be a mistake as far as my brother was concerned.

Legs' horse leaped forward -- and he lost his reins.

Now, for you amateur horseback riders, you cannot control a horse if you aren't holding the reins. 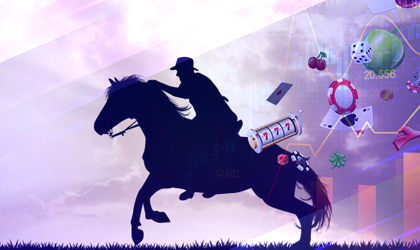 I was racing along the trail like John Wayne or Tom Mix, feeling the wind in my ears, and Legs was hanging onto his horse's mane with his fingernails. It was not a pretty sight. The farther we galloped, the further he slipped until he was under the horse's belly. He was like an Apache Indian attacking Custer's troops.

Legs was screaming at me to stop, but of course I didn't hear him. And it was two miles back to the stable.

I arrived back at the stable and pulled my sweating horse to a stop. Then I turned around and looked behind me.

Legs was under his horse's belly, inches from the ground. He let go. Plop.

When he got up, he had fire in his eyes.

ARE YOU CRAZY? MY WHOLE LIFE FLASHED IN FRONT OF ME. I WILL NEVER EVER GO HORSEBACK RIDING WITH YOU AGAIN.

That incident happened something like 40 years ago and my brother has kept his word.