Home / Articles / Land Based / Tips To Win A Poker Tournament

Tips To Win A Poker Tournament

It's relatively easy to win a poker tournament in your home

and stick to the basics. 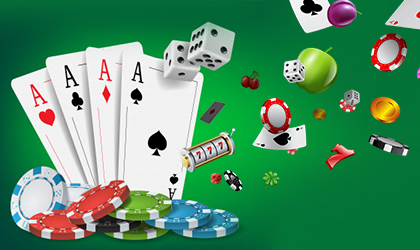 I have spent a relaxing couple of weeks visiting my brother in Sutersville, PA. Lots of sleep. We have been watching television. That includes horse races on TV, Fox News, an occasional foreign sub-titled movie on TV, and JEOPARDY with Alex Trebek.

Notice I did NOT include poker.

When you live in a small town back East, poker is rarely an option. We are lucky in Sutersville. The town only has about 1,000 inhabitants, but the Volunteer Fire Department stages a weekly poker tournament at the fire hall. Last week there was no tournament because Friday fell on Christmas. I am planning to play in this week's tournament, though. It should be fun.

The nice thing about playing in a poker tournament in your home town is you know all the people. You know the drinkers, the blowhards, and the bluffers. They rarely change their styles. You can take that to the bank.

They feed you well at these tournaments. The food is homemade, there is plenty of it, and it’s good. You can count on that.

The entry fee is $80. I have set aside $160 for the tournament. I expect it will cost me that much to get into the money. They usually pay off anywhere from five to seven winners.

As far as skill, the poker players in my home town are pretty good. They are aggressive, they know when to get tight, and they are quick to spot a loose player.

I will play position against these people. That means that if I am in late position without a raise, I will take a chance on the flop. Sometimes you have to be willing to gamble in order to win a big flop.

I will play almost any two cards behind the button. You can count on that. And if the other players check, watch out for me because I will be in there scrambling for the pot.

I will be listening to the other players. They don't say much, but what they do say is relevant and sometimes revealing. Some players will bet with anything after a raise and some won't wager without catching a flop. Play your players carefully.

If I manage to build up my chips, I will make my game more aggressive. Doyle Brunson calls that changing gears. From aggressive to passive back to aggressive. It's what poker is all about.Keep the other players off balance. Keep them in the bullseye.

I will eat some good food, exchange local gossip, and play to win. And I will let you know the outcome. Then when I leave the fire hall and drive home, I will share my experiences with my brother. I know he will be quick to criticize me if I have lost, but it's okay. He's a slot machine player and they know little about poker.

Anyhow, that's my story and I am sticking to it.