Understanding horse trainers and knowing which conditioners excel in certain types of races is a vital tool to successful handicapping.

The world of Thoroughbred racing is filled with all types of trainers, ranging from traditional horsemen and women who learned the game from the ground up, take a hands-on approach and possibly maintain a stable of roughly two to three dozen horses to trainers with a more businesslike approach to the game, using speed figures to help determine where their horses should compete and operating high-volume barns spread across multiple racing jurisdictions. There certainly are many other different types of trainers, including very small-scale conditioners with a handful or even fewer horses in their care.

Recent trends show a gradual shift toward so-called “super trainers,” individuals as identified above that take a large-scale approach to racing. These horsemen typically train 100 or more horses, often leaving many of them in the care of trusted assistant trainers. 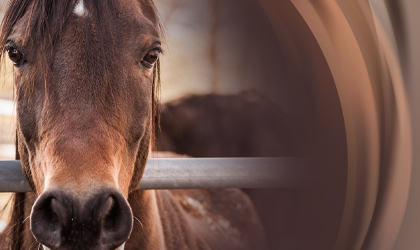 The advantages these trainers have over their rivals are much more than numbers, although training significantly more horses than others can offer a great chance of success. One distinct advantage that horseplayers should factor into their handicapping is when high-volume trainers are running young or untested horses in specific races they are often placed in those races, or spotted, correctly. Horsemen get a good gauge on their horses during morning training, frequently breezing horses of similar abilities with each other, commonly known as “in company,” so they have a feel for which horse has the best chance to win come race day.

Although horseplayers often do not have the ability to attend these morning workouts, plenty of information is out there via various racing websites (Equibase and Daily Racing Form for example) that lists daily workouts. Many horsemen also have their own websites, some of which provide a great deal of information about how particular horses are training.

Most trainers have specific areas where they excel. Some trainers are astute in the claiming ranks, knowing which horses are worth claiming, where to run after they are claimed and how to get a maximum return on their investment. Others excel in grass races, or with first-time starters, or with horses returning to the races after a long layoff, or with horses running long-distance races on the dirt.

A great deal of data exists on trainers’ records in certain kinds of races and it is frequently identified at the bottom of a horse’s past performances. The information is typically basic in racing programs and print editions of Daily Racing Form, but services like DRF Formulator exist to allow customization. For example, if horseplayers want to determine which trainers do the best with horses running in races going longer than 1 mile on the grass that information is available, at a price, through various handicapping services.

Generally speaking, horsemen with a high win or in-the-money percentage are safer bets than horsemen with lower percentages. Some sacrifices do need to be considered when betting horses from those trainers, mainly shorter odds and lower returns on investment.