The Belmont Stakes is hosted by Belmont Park Racecourse near New York. The race takes place over a distance of 1 mile 4 furlongs on Belmont’s dirt track and tends to attract a number of racehorses that competed in the first two legs of the American Triple Crown. It is open only to racehorses in the 3-year-old age group.

The race is one of only a handful of North American thoroughbred races to attract attention from both the mainstream sports media and racing communities beyond the borders of the United States. Interest in the event tends to peak when it features a racehorse on the verge of claiming a rare ‘Triple Crown’, having already won the Kentucky Derby and Preakness Stakes. 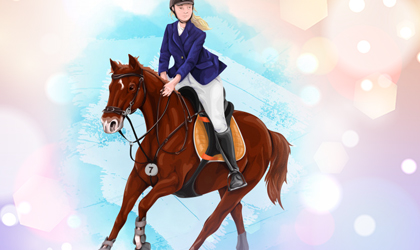 The Belmont Stakes is the oldest of the races that make up the American Triple Crown. The race was financed by financier August Belmont Sr., with the inaugural running taking place at Jerome Park Racecourse in 1867.

In its early years the Belmont Stakes moved venues several times, before eventually settling at the racecourse financed and named after its creator – Belmont Park. Bar a brief disruption that saw the race suspended by anti-betting legislation, the Belmont Stakes went from strength to strength in the 20th century.

During its history the Belmont Stakes acquired several unique traditions and observances. The winner of the race is draped in a blanket of carnations after the race, and the winning owner receives the Louis Comfort Tiffany bowl.

Furthermore the crowd is encouraged to sing the theme for ‘New York, New York’ as racehorses approach the starting post.

Betting on the Belmont Stakes

The Belmont Stakes is amongst the five biggest thoroughbred racing betting events in the United States, and can attract very significant investments in betting pools. The race is notoriously hard to call, as it provides an unprecedented test of stamina for America’s top 3-year-old thoroughbreds. 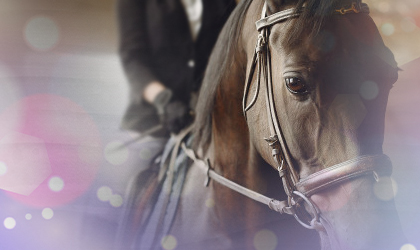 Belmont Park has been hosting the Belmont Stakes since 1905. The racecourse has been described as the Championship Track due to the fact that it has hosted all of the most notable champion thoroughbred racehorses in American racing history.

Belmont Park features two racetracks. The 1 mile 4 furlong main track is a dirt course affectionately known as the ‘Big Sandy’ by racecourse regulars. This encloses the 1 mile 3½ furlong Widener turf track, which in turn encloses another, smaller, turf track. The tracks at Belmont Park provide a good, flat, even surface.

The Belmont Stakes attracts the third highest average attendance figures of any North American thoroughbred race. The strong support for the event is linked to its close proximity to the populous New York City, although racing fans travel from far afield to witness the most prestigious racing event in the American North-East. Those unable to watch the race live can watch it on ESPN or the web streaming services offered by top bookmakers in the United Kingdom.