When You Should Feel Comfortable Playing at a Higher Level

One of the biggest mistakes poker players make is to get ahead of themselves. They go on a heater at, say, the $1-$2 no-limit level and then bump up to the $2-$5 no-limit level. Here’s the thing: anyone can go on a heater. Anyone can win a few times. Luck is a major factor in poker in the short-term. But luck evens out over the long-term and only the skilled players end up ahead. If you are considering taking your game to the next level – higher limits – read this article and see if you’re truly ready, or if you just think you are.

Had a nice score this weekend at the $1-$2 table? Great! Unfortunately, that doesn’t prove a thing. Maybe you just got lucky. Or maybe your opponents were just so bad that a monkey could have won. I’m not trying to rain on your parade but a few killer sessions at the poker table doesn’t prove much. In order to show me that you’re skilled, you need to log at least 500 successful hours of cash game poker or perform well over the course of 25-30 tournaments.

I’m not just talking about breaking even or winning a little bit over 500 hours. In order to prove you’re ready to jump to a higher level, you need to show impressive results. If you are a tournament player, did you get one big score or are you consistently (1 in 2 or 3) cashing? If your results are based just on one big score, you’re not ready to make the jump – you just got lucky. If you are consistently cashing, you can start playing at higher limits. Cash game players should be able to show consistent wins – not just one or two big scores – over 500 hours or about 60-70 sessions.

WHAT HAPPENS WHEN YOU MAKE THE JUMP TOO SOON? 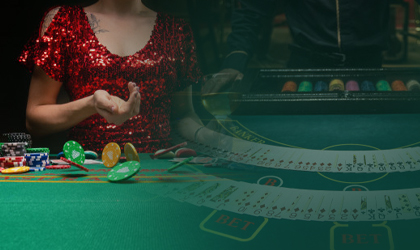 Ego is a bankroll killer in poker. Many players become full of themselves after a few nice wins. They think they’re invincible and start playing games they can’t beat. Having an ego will destroy your bankroll. You’ll know you’re ready to jump to a higher level once you’ve been winning consistently over a fairly large sample size.

If you become full of yourself and make the jump too early, chances are you’ll lose everything you won, and then some. The higher the limits, the tougher the games. Just because you won a few times at the $1-$2 NLH level doesn’t mean you’re ready to compete with the $2-$5 NLH players. Once you make the jump to higher limit games, you’ll quickly realize there are fewer weak players that at the lower limits. That doesn’t mean there aren’t any donkeys. There are weak players even in the highest limit games (have you ever watched Gus Hansen play!?).

ACQUIRE THE PROPER BANKROLL BEFORE MAKING THE JUMP 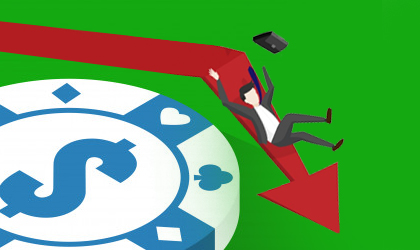 Your skill level isn’t the only factor in determining when to make the jump to higher limits. You need to have a proper bankroll for any poker game you play regardless of your previous results. Your bankroll should exceed 20 buy-ins at the level. So if you are playing at a level where the buy-in is $500, your bankroll should be at least $10,000, and probably more to be safe.

If you don’t have a large enough bankroll, you run the risk of going broke thanks to short-term bad luck. Regardless of how great you are at poker, you can lose to anyone on any given day. Even the best players such as Phil Ivey and Brian Rast have bad runs. That’s part of the game of poker. You should never play at a level above your bankroll. As they say, don’t put all your eggs in one basket.