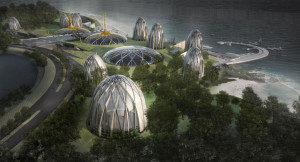 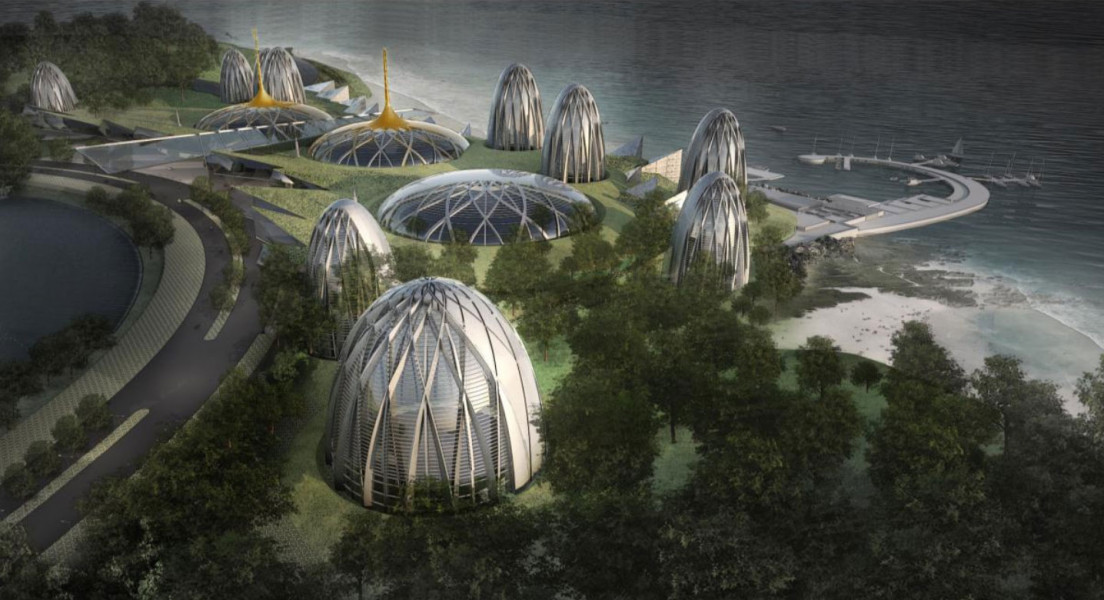 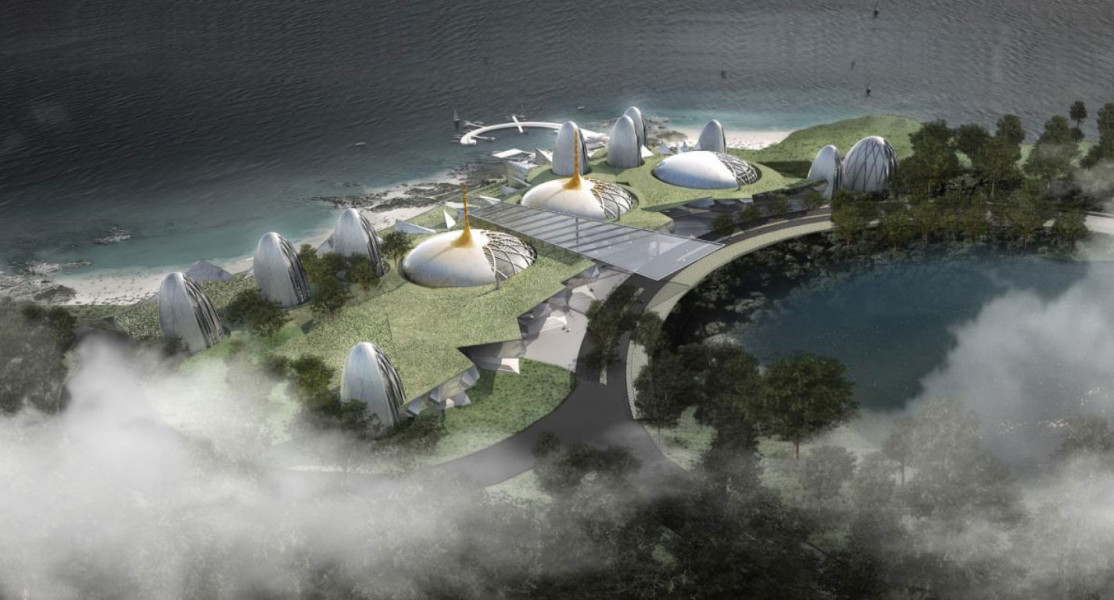 Update: Diamond Fortune Holdings Prim LLC states that the designs of the property are being finalized and plans to open its first casino resort in the Primorye Integrated Entertainment Zone (IZE) in September, 2020.  Construction work will begin soon and the first phase will be divided into A and B phases. Part A will be the construction of the casino supported by 25 hotel rooms. Part B will be the construction of the hotel that will continue after the casino has opened.

Phases two and three will be ongoing according to the market [conditions].

NagaCorp's Primorsky Entertainment Resort City in Vladivostok, Russia Hong Kong, 9 September 2013 - NagaCorp Ltd. ("NagaCorp" or the "Company", SEHK stock code: 3918), the largest hotel, gaming and leisure operator in Cambodia, today announced that on 6 September 2013, the Company entered into an Investment Agreement (IA) with the Primorsky Administration acting by its Governor; Corporation of Development of Primorsky Territory ("CDPT"), the registered lessee of the Land; Department of International Cooperation and Tourism Development of the Primorsky Territory ("DIC"), the State-authorised body with responsibility for the IEZ (the Gambling Integrated Entertainment Zone of the Primorye Region, Russia), pursuant to which the Group has agreed to invest approximately RUB11.6 billion (approximately HK$2.7 billion or approximately US$350 million) in a gaming and resort development project in Russia under the name 'Primorsky Entertainment Resort City' (PERC) sited on an area with dual frontage and majestic views to the sea and an inland lake flanked by two hills.

The proposed investment amount was mutually agreed between the parties based on arm's length negotiation as representing the capital commitment needed to develop a world-class hotel, casino and entertainment, the freehold interest of which is ultimately intended to be owned by the Group. It is also the Group's intention to obtain rights to landscape the adjacent hill and lake, all (including the sub-leased land) as contained within the IEZ which adds up in total to approximately 214.89 hectares. The IEZ is one of four legal designated casino gaming zones established in Russia, within which casino gaming is now permitted following a general nationwide embargo on gaming activities imposed in 2009. The Company intends to fund the proposed investment amount through equity and/or debt.

PERC represents NagaCorp's first foray outside IndoChina, where it has proven its ability to develop world-class gaming facilities in frontier markets having successfully built and operated NagaWorld in Phnom Penh, Cambodia for the past 18 years. Through the formula of private-public sector cooperation, NagaCorp has demonstrated its contribution to nation-building through raising the international profile, enhancing tourism and attracting foreign direct investments into Kingdom of Cambodia, its host nation. NagaCorp intends to use its relevant experiences of operating in developing countries to
give added value to the dynamic areas of the Far East regions of Russia.

The vision of the company is to ultimately develop a sustainable city called PERC in the Primorsky Region, Vladivostok, combining the key elements of environment, business and community so that PERC is environmentally friendly, socially responsible and economically viable.
The Vladivostok vicinity is an eco-tourism paradise of natural rolling hills, stunning bays, rivers, lakes, temperate forest, shrubs and flowers. The IEZ can be a garden city, vibrant and high-energy, with a community engaging in successful business activities with gaming as a catalyst and built around an ecologically-friendly surrounding, targeting the colder climate regions of Northeast China, South Korea and Japan.

The vision for the future is a cosmopolitan and comprehensive community of not less than 20,000 people. The hotel suites homes shall be developed in phases with each phase consisting of 1,000 units. Each unit will be self-contained and measure about 120 square metres, with two rooms, one lounge and one kitchen. The Group will work with the local and national government officials to assist and allow foreign purchasers of the dwellings to obtain visas.
The Group has already obtained rights to build more commercial hotel suite units on a phase-by-phase basis subject to the success of the preceding phase. The intention is to ensure the continuing success of IEZ which will be a vibrant and high-energy zone. Ultimately, the Company aims to attract US$1.8 billion by 2025 as foreign direct investment, a quota set by the Primorsky administration.

PERC aims to be the epicentre of the gaming zone in Russia, a town with business activities throughout the day.
The main business catalyst is gambling; SMIs transportation, trading logistics, retail and supplies necessities such as meats, seafood, vegetables, flowers etc will also flourish. Sometime in the near future the Company will build entertainment streets consisting of shops, eateries with shows, comedians and entertainers on the street.
NagaCorp Russia shall start with a Casino Hotel Complex of at least 100 gaming tables,500 gaming machines, a multi-purpose international-class MICE/theatre facility with at least a 2,000-persons capacity, 10 F&B outlets, and entertainment outlets such as Karaoke and spa etc. The multi-purpose hall shall be connected to a multi-storied car park catering to vehicles coming in from downtown Vladivostok and the neighbouring cities.

With dual frontage to the sea and an inland lake and flanked by two hills, PERC will be a very livable garden city with an emphasis on eco-friendly and energy-efficient buildings.
The Company anticipates that the process of obtaining all necessary permits for the construction of the Casino Hotel Complex and the hotel suite units will be in the order of one to two years. Thereafter, it is envisaged that the Project will be completed within four years from the date of obtaining all approvals. Accordingly the Company expects that the
Casino Hotel Complex may not begin operations before 2018.

After the Subsidiary is established, it will, in due course, apply for the Casino Permit pursuant to the federal laws of Russia. A casino permit for operating in the IEZ would be unlimited in duration and would permit the Group to conduct all gambling activities within the Casino Hotel Complex.

The Primorye Region is in the Far Eastern economic region of Russia and has the city of Vladivostok as its administrative center. It hosts the IEZ, which is one of four designated casino gaming zones established in Russia, within which casino gaming is now permitted. The IEZ is sited about 50km from downtown Vladivostok and 20km from the international airport. Pursuant to the Investment Agreement, NagaCorp will be responsible for the internal development and operation of the infrastructure facilities within the Casino Hotel Complex and hotel units on the Company's land, while the Primorsky Administration shall be responsible for the build-out of all external infrastructure and essential services necessary to develop and operate the IEZ, including a four-lane highway connecting the IEZ to the international airport and downtown Vladivostok and others such as power supply, water, sewage etc.

The Company shall pre-sell 1,000 hotel suite units within the Casino Hotel Complex mostly to foreign buyers under the concept of 'Primorsky My Second Home' with the purpose of building a community. The Investment Agreement provides for the rights of the Group to pre-sell the hotel suites before and during the construction phase in accordance with the applicable laws of Russia. The company envisages that with a population of about 300 million and a combined GDP of US$7 trillion in the surrounding target countries i.e. Northeast China, South Korea and Japan, there is considerable demand for affordable and good-yield hotel suites units sited in the IEZ which is positioned as a vibrant city. The Group has already obtained rights for more land to build on a phase-by-phase basis subject to the success of the preceding phase.

When completed, the 'Primorsky Entertainment Resort City' project will extend NagaCorp's footprint to the new frontier market of Russia, giving it a foothold there while remaining the operator of the finest business, leisure and entertainment integrated complex in Indochina.

NagaCorp Ltd. was listed on The Hong Kong Stock Exchange in October 2006 (SEHK stock code: 3918). Established in 1995, NagaCorp's wholly owned subsidiary NagaWorld Ltd. owns, manages and operates the only world class comprehensive hotel casino entertainment complex in Phnom Penh, the capital city of the Kingdom of Cambodia. It owns a casino license valid for 70 years and exclusive gaming rights for a period of around 41 years (1995-2035).

There are currently no news regarding Primorsky Entertainment Resort City.

The company has said the resort will house 100 gaming tables and 500 slots. We will update this review and profile as more details become known.