Dear Mark,
When I shoot craps, I have the feeling that a hot roll will always be stopped by a change in the dealers, someone touching the dice, someone crowding the shooter or the dealer giving out the two dice on a seven, eleven or craps. Is this my imagination or is there any kind of truth to it? Doug C.

With all due respect, Doug, your false-premise gambling beliefs are based on an illogical point of view. All too many players use the dial-a-psychic approach on the next toss of the dice when something whimsical happens on the game. I believe the true answer lies in the definition of the word superstition.

<b>Superstition: groundless belief in a supernatural agencies; a popular belief held without reason.</b> 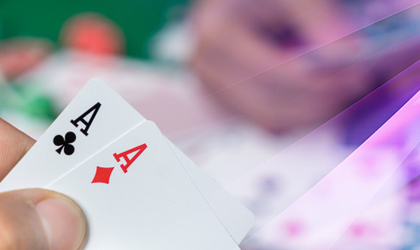 No such animal exists in the green felt jungle. Because every hand is dealt randomly, tightness and looseness of a video poker machine are strictly based on the machine's paytable. A 6/5 paytable (6 coins returned for a full house, 5 for a flush with one coin inserted) would be considered tight, no, very tight; whereas a 9/6 machine (9 for a full house, 6 for a flush) would be loose.

Dear Mark,
What is the dumbest thing you ever did in a casino? James C.

Facetiously, working in one for 18 years. I burned out so many times they started calling me "Refried Pilarski."
More seriously, my early dabblings in gambling where those of your typical player- playing all the wrong games, the wrong wagers on those games, the wrong way. Ten spot Keno, 15 team sports parlay cards, field bets on a crap game, the Big 6; that was me, making grade school wagers on a limited pay grade (my salary). 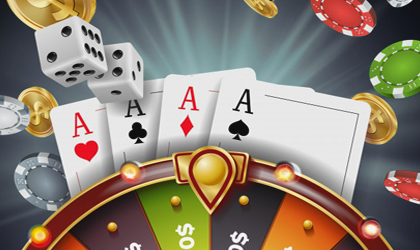 Dear Mark,
What are the chances of any one number showing up four times in a row on a roulette table? Anita G.

On a double-zero game, once every 2,085,136 spins. As a matter of fact, Anita, I saw it happen once, not with one croupier, but with three separate dealers. I was a pit boss at Bill's Lake Tahoe Casino when dealer A spun the number 25. After making his payoffs he went on his break and dealer B stepped in to spin 25 twice consecutively. She was relieved to go home for the evening, then dealer C immediately twirled 25 again. A sleuth roulette player would have immediately jumped on this game, figuring it was a biased wheel in need of repair. In this instance it was hardly worth mortgaging the house. Single-zero never appeared again over the next seven hours of my shift, nor were any of the numbers in its wheel section coming up with abnormal frequency.

Dear Mark,
Why is it that when a slot mechanic opens a slot machine the machine stops paying? Is there any hanky panky going on? Timothy C.

No need to worry, Timothy. A slot machine is usually opened to fill the hopper with more coins or to check for an internal malfunction. The random number generator continues to work even when the slot attendant opens the door. This should not affect the casino keeping "up to" 20¢ of every dollar you put in.

If you feel uncomfortable playing a previously opened machine, you can always move your hind end to another stool.