The Secret of the Two Level Doey Don't

Pssst...! Wanna know a secret? How about the secret of the Two Level Doey Don't System? Sometimes you will end up on a choppy table, and even with charting or qualifying, it stays choppy. Wouldn't be nice to bet on both sides at once and then, if a trend presents itself, just latch onto the table direction and rake in the profits?

Wanna know how craps pros use the two level Doey Don't System to multiply their profits? Let's find out! 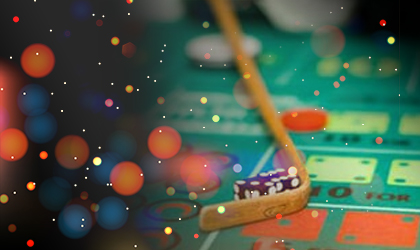 Your first don't come bet is for four units and the second is two units. Then, as each remaining place bet hits you take them down and wait for the seven to show.

Since you've won two bets, you place $20 on the don't come. The shooter rolls a four. Your $20 don't come goes to the four, and now the six rolls again. You win and take the place six down, as the second don't come bet for $10 goes to the six.

The reason why you bet $20 on the first don't come and only $10 on the second is to afford you some protection against the seven. If it rolls with the $10 in the don't come box you would still win $10 for your established don't come ($20 - $10) rather than just pushing. If the shooter rolled the point (in this case ten) you don't lose anything and all of your bets will stay up. When he rolls the seven hopefully by then your two don't come bets will be more than any of your remaining place bets.

This is a terrific way to win on choppy tables, so give it a try the next time you find one! Pssst...! Now you know the secrets of the Two Level Doey Don't system!