Home / Articles / Land Based / Audie Was A Giant Killer

Audie Was A Giant Killer

He was a World War 2 hero and a gentleman who loved women.

And if Audie Murphy caught you disrespecting a girl, you had

better watch out. He was dangerous. 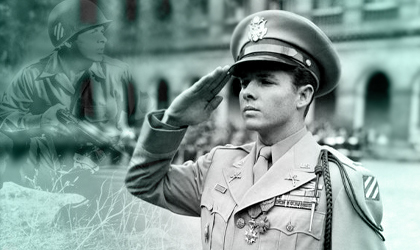 Like millions of Americans, I was a fan of Murphy when I was assigned to cover a court case involving him in 1968. I was working for the Los Angeles Herald-Examiner and Murphy was living in Beverly Hills where he was pursuing his career as an actor.

Murphy was a war hero from WW2 where he had earned numerous decorations for his heroic actions in Europe against the German army. He wrote about them in his book, "To Hell and Back," which was published and made into a movie. The baby-faced war hero was signed up by Hollywood and became popular with movie goers after making a series of western thrillers.

Audie always played a hero and, in his films, he always got the girl. He made a Western spoof called "Destry," where he played a deputy sheriff who didn't believe in guns. "Destry" was a follow-up to "Destry Rides Again" about a tough Western town that was too tough to tame.

In his personal life, Murphy was a quiet moody man. He enjoyed drinking and was a gambler, playing poker and betting on the horses. He even bought several thoroughbreds and was a regular attendee at Santa Anita and Hollywood Park race track .

He was a gentleman when it came to women. He had a girl friend who was a dog lover and she had hired a man named David Goffstein to train a dog. She owed him money and one day Goffstein called her and threatened her over the bill. Murphy was visiting her and happened to pick up the telephone extension in another room.

Goffstein used four-letter language to talk to her and when he hung up, Murphy asked in a relaxed tone for his address. She gave it to him and Murphy drove by Goffstein's kennels where he berated him and pistol whipped him for his behavior on the phone. After the beating, Goffstein filed assault charges against Audie and he was arrested.

Caruso was a good attorney. He listened to Goffstein's testimony about how Murphy had assaulted Goffstein. Then he asked Audie to stand next to Goffstein. It was like Mutt and Jeff. Caruso shook his head and said, "And you claim my client assaulted you? I have no further questions, your honor."

The jury, made up of nine women and three men, book less than 30 minutes to find Murphy innocent -- then they crowded around him for his autograph. 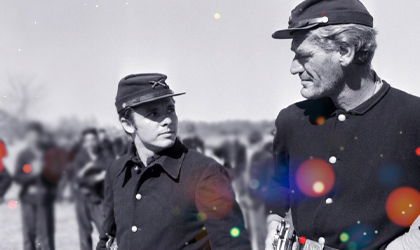 Less than six months after the trial, Murphy was killed in the crash of a private plane when he flew to a business conference. Since then, his reputation as an actor and as a straight-shooting Texan who respected women has spread as well as it should. Audie may have been small and mild-mannered, but so was Jack when he killed the giant with a slingshot.

Watch the Grit channel if you want to see some good Audie Murphy films. You won't regret it.