(His name was Louie and he was a cop. He worked on

a police department in a small town in New Mexico, and

he cheerfully admitted his department was prejudiced.)

As a newspaper reporter working around the Southwest, I met and became friends with a lot of police officers. One of the most memorable characters was Louie Martinez, who worked on a police department in New Mexico.

I won't reveal the name of the town to you for the simple reason that I don't want to get Louie into trouble. During my early career as a journalist, reporters and police officers were much more open with each other. Today it's all about being politically correct and honesty is something that goes out the door. 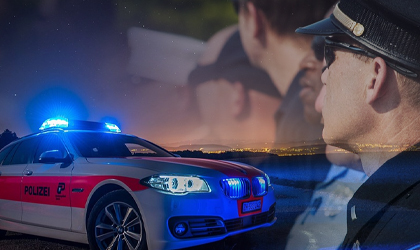 Louie was a desk sergeant on this department. He had a round friendly face, was always eating something -- usually fruit or a candy bar -- and he loved to talk. He was also a good cop, one of the best, and he cared about his community.

All the cops were poker players. We had a regular Saturday poker game that began at noon and usually lasted past midnight. Louie almost always won.

Louie was Hispanic and during those early years in New Mexico, I'm afraid there was a lot of prejudice against Mexican-Americans. I remember reading a story in the Albuquerque Journal about a black man who complained that some officers on the Albuquerque police department were prejudiced against blacks.

Taking a bite out of his apple, Louie said:

"I even got prejudiced against one of my cousins one night. He was in a Mexican bar and drank too much tequila and mescal brandy. I was off-duty and enjoying a cerveza when he got out of control. I knocked him out with my night stick, finished my beer and called the police. He never pulled that off again."

Louie and I enjoyed talking about what we planned to do after we retired. I told him I intended to move to an island in the Caribbean or South Pacific where there were miles of white sand beaches, green monkeys, coconut trees and bananas and where the island girls had breasts that pointed straight up.

He liked that idea and said he planned to open up a dream house made up of beautiful girls. 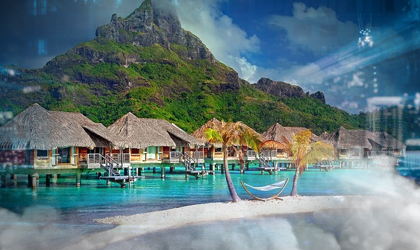 "I'll call it Louie's Dream House and they'll be available -- for a price," he said, munching his apple. "You'll have to come by to see it. The first visit is free."

I had to call Louie one night after an incident occurred in the convention center. A good-looking woman I had met in the bar and I went to a local motel where she slipped me knockout drops in a drink.

She then took my money and headed for Texas. I recovered quickly, remembered her license plate, and called Louie. He took down the information and description of her car and sent out an all-points bulletin.

The police were able to stop her 80 miles from town and recovered my money. I never pressed charges -- it was her first criminal offense and she was too good looking to send to jail. I think Louie took down her name as a potential future employee for his dream house.