Home / Articles / Land Based / Rocket to the Moon

Rocket to the Moon

There are as many ways to win money in Las Vegas as there are to win. If you have lived in the city called Glitter Gulch long enough, 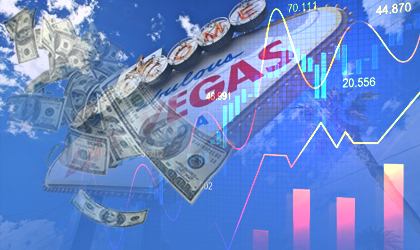 you have probably tested them all out.

I had been in town for a couple of weekends. My room at Binion's Horseshoe was paid up for a month and Bennie Binion was comping me all my meals and drinks at his bars and restaurants. My aim was to play in a poker tournament at The Orleans. The buy-in for the tournament was $350 and I had B220 in cash in my pocket.

I wandered to the horse room. There dozens of television monitors were bringing horse races to the monitoring room from all over the world. All I had to do was pick a winner or two and I would be in business. That sounded relatively easy. The next question was how to do it.

I had been a horse player over the years. I knew how the mob picked horses. They would search for horses with early speed. If they knew a horse was guaranteed to take the lead, that would be their choice regardless of how the race ended up. Early speed, the boys in the syndicate said, was a sure winner. Or so they thought.

Fred Hill was a horse trainer in Phoenix, AZ. He had a stable of horses that he ran at Turf Paradise, a track on Bell Road just north of the city. He and I were friends and Fred told me how to look for early speed. Say a horse had been running close to the money but kept running out of gas after grabbing an early lead. The horse was probably a bleeder. If the trainer decided to use Lasix, that was good and the horse was definitely worth a bet. Lasix would stop the bleeding and give the horse the energy to make the finish line.

You could also examine the Daily Racing Form to find a horse with early speed that stood out in a race. Some tracks had tote boards that would stay operating for seconds after the race started. When the mob found such a tote board, they would station one of their accomplices at a betting window. They would equip him with a pair of powerful binoculars and he would watch the horses at the break.

If one horse burst into the lead, the accomplice would have a fistful of hundred-dollar bills in his hand and put them down on the horse's number to win. They won a lot of money that way.

I checked the Daily Racing Form and found two horses that were first time Lasix users. I discovered a third horse that was consistent with its early speed and made them my selections for the day. With trembling hands, I watched the odds and when they seemed right put my money down on the horses to place or show.

I hit the first race, made a $100 bet, and doubled my money. I hit the second race with similar results.

Benny came by the horse room. He paused and asked me how I was doing.

"Pretty good," I said. “It looks like I have the entry fee for a tournament at The Orleans."

Rocket to the moon. Early speed. It's one of the few ways to win consistently at the races. 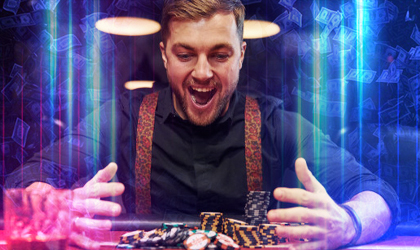 That afternoon I went to The Orleans and paid my entry fee into the tournament. It was run by Stanley Reeks, a 280-pound promoter. My patience with the horses paid off and I left the casino with over $6,000.

Ain't it nice when you produce a winner on short money?

That night I paid for my room at the Horseshoe for another two months.

Reeks saw me at the cashier's window when I went to get paid off.

"Why didn't you let me back you?", he joked. "I put up the entry fee for half a dozen players and none of them showed in the money.These guys are pros. You're an amateur and you won.What gives?"