Home / Articles / Land Based / The Way of the West

The Way of the West

(Gamblers sometimes get into trouble because of their wild

ways. I have known some pretty wild gamblers in my time

and their stories aren't pretty.) 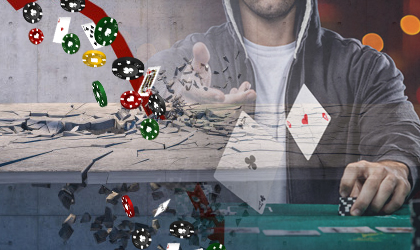 Sometimes I wish I had been born in a different era. The late 1800s or early part of the 19th century, for example, seems to have been a much more romantic period in American life. That was when Charlie Russell, the great Western artist, and Will Rogers made their mark on the world. It would have been fun to rub elbows with a man like Rogers who was famous for his comment,

It helped, I suppose, that both of them were gamblers. When you are a gambler, especially a poker player, you meet people under different and sometimes stressful conditions. That makes life interesting, of course, and sometimes the character of the stranger who comes into your life changes and not always for the better.

Will Rogers and Charlie Russell were alive when the West was a pretty wild place to live. Law enforcement was still being organized and some of the peace officers weren't all that peaceful. It was common for a man wearing a badge to be a scoundrel as well and many of the West's most famous lawmen, like Wyatt Earp and Doc Holiday, occasionally found themselves on the wrong side of the law. A newspaper reporter got a curious comment once from Will Rogers who admitted some of the people he hung around with, weren't always the most law abiding citizens in town. And he said it only half jokingly.

Gamblers on the Wrong Side of the Law

It's no secret that I have gambled with some pretty rough characters. I have sat in poker games with a pistol in my boot or in an inside pocket. I have also played in games where I had to keep my eyes open when I left the casino. That went with the territory and I have to admit I loved almost every moment of it.

I remember a game in a casino in Las Vegas where I played against a man wearing a mustache who had just been released from prison. During our conversation I asked him what he had done time for and he said sadly, "You don't really want to know."

After he left the table, the dealer told me he had killed a man during a robbery. But then some of the casino owners in Las Vegas and Reno were just as guilty as Benny Binion and Johnny Moss proved. Both served time for shooting gambling opponents and Bennie even ran afoul of the Nevada Gaming Commission because of his unlawful activities. He nearly lost his casino license and had to let his family operate Binion's Horseshoe for a while until he got things straightened out.

As for the gambler who killed an opponent, the dealer said, "Frank's not a bad guy, but when you mix alcohol and drugs up with gambling, bad things sometimes happen."

I had a friend named Byron who worked as a reporter for the National Enquirer in Lantana, FL. Byron also published a national magazine called the Get Rich News. When he was living in Las Vegas, he gambled a lot. One night, he found himself down on his luck and made the decision to walk into a liquor store and relieve the owner of his money with the help of a gun.

Well, that didn't work out very well. He as caught. Fortunately, the gun was not loaded and instead of being sentenced to 10 years in prison, he spent only three years behind bars. Byron straightened himself out and the last I heard, he was living in Argentina, selling ranches. 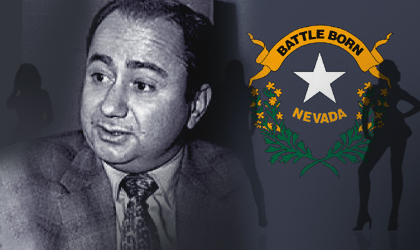 Joe Conforte was responsible for legalizing prostitution in Nevada. He built the famous Mustang Ranch by using Nevada's legal system and bribing the right judges, law enforcement officers, and state legislators. He operated the Mustang for a number of years before he ran into trouble for income tax evasion. To evade going to prison, he had to flee the country and moved to South America. He i now in his 80s and living in Rio De Janiero. He co-authored a book with Virginia City author David Toll and called it "Breaks, Brain and Balls"

I wonder if Will Rogers or Charles Russell would have made a pal of Joe Conforte. I kind of think it might have happened. Once my own father once told me that it always amazed him that I managed to stay out of jail. He was kidding, of course.