Under The Saddle Moon

Binion. And, my friend, you can take that to the bank. He and Johnny

You can see a lot from the highest skyscrapers in Las Vegas. 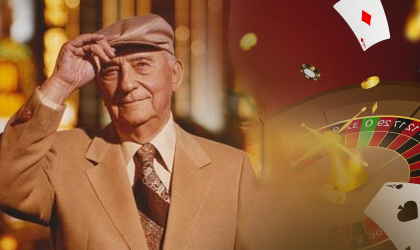 Maybe that is why the high rollers, like Benny Binion, Johnny Moss, Puggy Pearson, Doyle Brunson and Stu Ungar always booked their rooms on the sop floors of the buildings that glowed on the desert floor.

Everybody knew my name thanks to my status as investigative reporter on the city’s Gazette. I was also the state correspondent for People Magazine, meaning any article that originated in Arizona was written by yours truly.

And Paul DeGruccio and used a lot pf brain power to try to come up with story ideas that would intrigue our New York editors.

Phoenix was less than a five-hour drive south of Las Vegas. It was a memorable drive past red rocks blasted out of the desert, past giant saguaro plants and Joshua trees…

…past skeletal remains of cattle and coyote and the grinning carcasses of rattlesnakes.

When Paul and I would go on an assignment for People Magazine, we'd grin at each other, knock fists and say:

The words and feeling were magic!

Whatever the assignment was in Las Vegas, there was always the prospect of winning a poker tournament or hitting a bad beat jackpot.

The bad beats were fun: Just get four of a kind beat by four higher of a kind or a straight flush and the casinos would fill your pockets were money.

Those jackpots climbed fast. Once it had grown past $500,000. HOW MANY tropical islands could that kind of money pay for?

No. Paul was my photographer and I was the writer on the team. No question about that. We would stay at his parent’s home in Las Vegas or sometimes at Binion's Horseshoe…

…where we would see serpent-eyed Johnny Moss sitting down to a game of no-limit poker with some of the legends out of the old rock. You wondered if these guys ever slot. Sometimes they slept while they were playing.

Benny was generous with his comps. Always. I don't think he ever turned me down when I needed one.

What a gambler! What a cowboy! 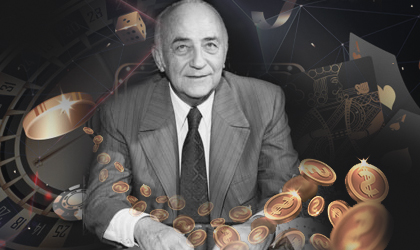 Somebody erected a statue of him near the Horseshoe and it was the right thing to do. I would sometimes try to interview Benny when I caught him alone but it rarely worked. I finally just gave up. Benny was like Johnny and all the other legends of poker. More a host than man. I was more fun to just watch them than to talk to them.

Johnny kept promising me an interview. I kept bugging him about one and he kept putting me off. Finally, I gave up.

He grinned, slapped my hand, and gave me the interview.

Nobody can convince me Benny and Johnny are dead. They are just sleeping on a pink-tinged cloud under the saddle moon.