Home / Articles / Land Based / Watch Out For The Gunslingers

Watch Out For The Gunslingers

Poker players are getting meaner, more aggressive and more

offensive. As poker popularity spreads, the behavior of some of

the players getting obscene. It's time to stop it. 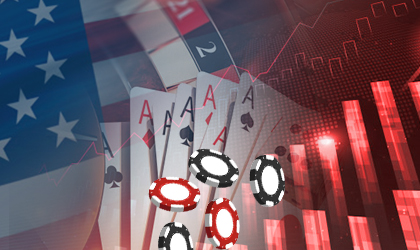 Something very disturbing is going on in America's card rooms and casinos. It's become so noticeable, that I felt it is my duty to point it out to my friends on this website.

In the days of the early West, becoming an outlaw was an easy task. Law enforcement officers were few and far between and communications and travel were not that efficient or fast. Professional gamblers would do their thing, however lawless it was, and then just move on to the next town. A moving target is hard to hit.

When you had a problem in Dodge City, Tucson or Tombstone, no problem. You solved it with a gun. Such was the history of the old West made.

But gambling and gamblers cleaned up their act.

The current crop of gamblers, especially poker players, have a fairly respectful image.

It started when Amarillo Slim Preston presented himself as a colorful Western character with a sense of humor and a pocket of cash. Slim was always equipped with a barbed wisecrack when a reporter interviewed him. He and other gamblers after him, like Doyle Brunson and Johnny Chan, treated the press with respect and the image of the average poker player cleaned up considerable.

But the poker explosion changed all that. When the under the table camera was invented and you could see how winning poker players used bluffs and subterfuge to dominate their foes, a new breed of poker player emerged.

He was young, aggressive, he had money and he had guts. Most of them didn't carry weapons, but there are other ways of being aggressive without being lethal. The young gamblers are starting to show it.

I was at BestBet Casino in Jacksonville, FL. the other day. BestBet was promoting a $1,500 Texas Hold'em tournament and rewarding their players with cash for high hands. The high hand winners collected both cash plus a partial buy-in into the tournament.

I noticed there were quite a few new faces in the crowd. They were young, well dressed, and they had money to spend. Unfortunately, they were also rude and disrespectful to the other players -- especially some of the older players.

They would sit down at a table, buy in for a number of chips and try to run over the table with their aggressive style and comments. They used slang and insults, they referred to older players as "Pop," and they hid behind their masks well.

Hell, if one of them was Billy the Kid, they would probably have waylaid one of the winners in an alley after leaving the casino!

You can imagine they rankled me, and let my anger show.

There is no excuse for bad behavior in a poker room. None whatsoever.

Poker room management and security guards do a pretty good job of protecting their rooms against unsavory behavior, but they need to improve their performance.

Bad behavior went out with the demise of Wyatt Earp Doc Holiday, and the Dalton Gang. But the new gunslingers are trying to bring it back. As poker players increase the payoffs in tournaments increase, you can expect this kind of behavior to increase. That is bad for you and me and bad for poker in general. Let's stop it now. 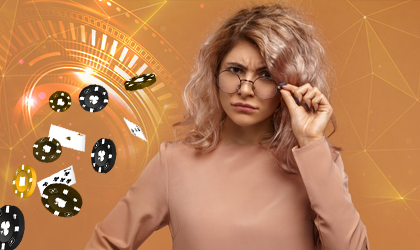 When a player acts in a disrespectful manner at your table or uses profanity, don't look the other way. Speak up. Tell the dealer or a floor man. Generally, that will be enough to straighten out the offender. If it doesn't work, you can always ask for a table change or even leave the casino.

My response to that particular offender would not be acceptable or printable in a family newspaper or on this website.