The re-opening of Las Vegas has shifted the power to the people. The question is will they be smart enough to figure out how to use it?

How smart are you?

While you are pondering that question, here is another along the same line: 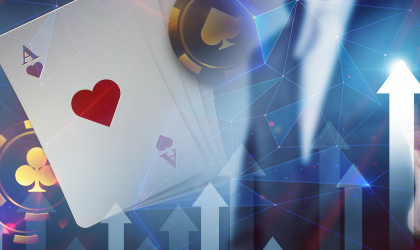 Do you think man is more likely to invent things or discover things?

I am talking about essential things like fire or the wheel. At the risk of sounding too intellectual, let me suggest that mankind discovered fire and invented the wheel, even though it was there to discover.

You may be asking yourself, what is this dude up to? Why is he messing with my busy day by bringing up this garbage while I am reading this column to try to figure out how to improve my chances of winning at poker, dice, the horse races or whatever other game of chance I decide to challenge.

I think I'm onto something and I believe -- I strongly believe -- it will help you achieve your goals, whatever they might be.

I just saw a story on Fox News about the re-opening of Las Vegas. A well-dressed member of the Las Vegas Chamber of Commerce went in front of the television cameras to announce the opening of the Strip after four months of inactivity in the gambling mecca of the world.

It was strange watching the TV camera roam through those casino halls. It passed blackjack tables, dice tables, slot machines, and poker rooms. It passed casino employees wearing masks. My thoughts flashed on Robin Hood and his Merry Men, the Lone Ranger, Zorro and Billy the Kid.

And what about "The King is dead! Long live the new King."

When there is an ending, there must be a new beginning. The old Las Vegas came to an end because of the health crisis and the decisions of government leaders, casino owners and other people in power.

Now we have a new beginning.

Why don't we shape it the way we want it to be rather than the way the casino owners wish it to be?

Most gamblers are familiar with odds. If they are poker players, they pretty much know the odds against making a flush or straight, or against tripping up a pair.

They certainly know the odds against winning at Keno. Or hitting a number or even a color on a roulette wheel. Or against throwing a seven after you have tossed a number you want to hit in dice.

When you enter a casino, nobody is pointing a gun at your head and forcing you to wager your money on a certain game, wheel or number. You make that choice yourself. Win or lose, you make the decision.

Now here is my proposition:

Make the odds work for you, not against you.

Now I realize this may sound easier than it turns out to be. When man discovered fire because of a lightning bolt that set fire to a tree, he probably got burned while trying to figure out what it could be used for. When he turned a rock into a wheel by shaping it with other harder rocks, he probably dropped it on his toe and suffered an injury. 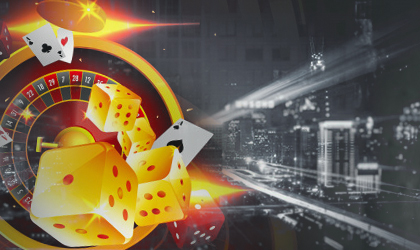 But more importantly, he learned from it. Just as you should learn by the games you play or refuse to play in your favorite casino.

Shape the new Las Vegas the way you want it to look. Don't go along with what the bosses want you to play. If it's your desire to play draw poker or seven card stud rather than Texas Hold'em, insist on it. And don't come out with your money until the bosses give you the game you want.

Same with those slot machines. If you see they aren't paying off, refuse to play them. Just sit in a lounge chair and sip those free drinks -- they are free, aren't they? -- until the casino makes those slot machines pay off better.

I could spend a lot more time on this, but I think this is sufficient for right now. You can either discover or invent fire. But once you do, make certain you know the rules that govern its power.