If a man tells you black is white and white is black, better

believe it. There are illusionists in this world who can

create reality out of just about anything. 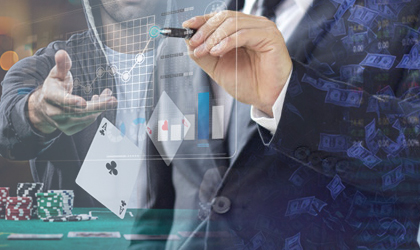 Life is made up of illusions and facts. Being a poker player and gambler, the illusions stand out for me.

When you enter a casino, the illusionists are in charge. Oh, yeah!

They have a PhD in understanding odds and they know pretty much what your chances are of beating the house on whatever game you are playing. They try to stay one, two or three steps ahead of you.

Gambling is entertainment and there is always a price attached. Sometimes the price is too expensive and that is when the players rebel.

Dice is a good example of what I am talking about.

Dice in one form or another may be one of the oldest gambling games in existence. With two dice, there are only certain ways of rolling a seven. Men have been trying to control that outcome for as long as they have been tossing dice. They have developed the controlled roll, changed the spots and done other things to control the outcome of the roll. Fortunes have been won and lost on the rolls!

Some players have tried. They developed controlled rolls. Sometimes they work and sometimes the roller goes home busted. Other players have altered the face of the dice. When they get caught, there are penalties and people can get hurt both financially and physically.

Benny Binion understood dice. He was an honest gambler who was born knowing the odds. Nobody ever accused Binion of being dishonest. That could have gotten somebody killed.

My mother loved to gamble and so did my dad. That was why they were reluctant to accompany me on my trips to Las Vegas. Mom was convinced if she traveled to that sin city, she would lose all her money and she might well have done that. I have been in card rooms and casinos in California, Nevada and Arizona where the occupants would cheerfully knock you over with a velvet blackjack and you would never feel the pain. 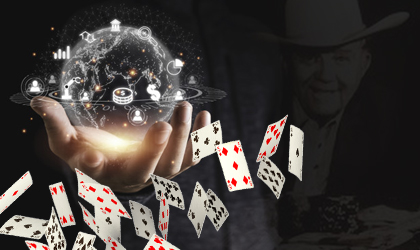 True gamblers like Benny Binion would sneer at their tactics. Benny always gave you an honest roll for your money. He was many things to different people, but he was never a cheat.

There are cheats in casinos. Some are beautiful and are almost worth what they take from you. Some are ugly and crude. Some you would not want to meet on a dark street. It is difficult to trick the house although some have tried and a few have even succeeded.

Edward O. Thorp, author of BEAT THE DEALER, was one of the few who succeeded. Thorpe used a brilliant mind and a computer to overcome the odds and develop systems on how to win at blackjack, roulette, baccarat and even the stock market. He retired a rich man. But he was a target of the underworld in Las Vegas and several attempts were made on his life. When it comes to serious money, the bad boys know how to play rough.

I remember being in a legal card room in northern California when they targeted a friend of mine who had had too much to drink. He wanted to stay, I wanted to go. They separated us and tossed me out of the casino. He stayed there the rest of the night and they cleaned him out.

Remember the cartoon strip MANDRAKE THE MAGACIAN: He could make you see visions -- anything from snakes to pots of gold. That is what the casinos and illusionists can do. Remember that the next time you think you have a sure thing.